It was an odd scene on a Long Island highway early Thursday afternoon. A small plane made an emergency landing on Route 231 in Babylon near the West Islip border. 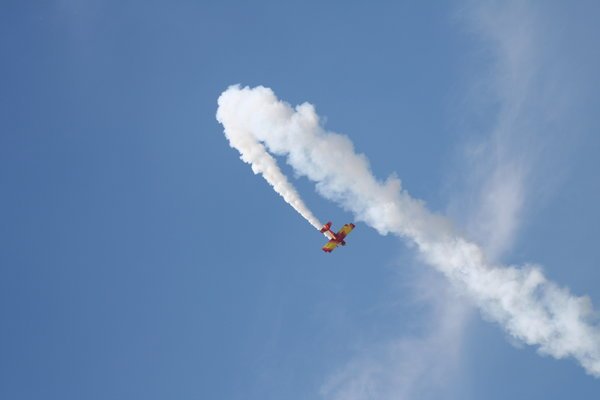 At about 12:50 p.m. on Thursday, a small plane landed on Route 231, a two-lane highway in Babylon. It was an emergency landing completed by veteran stunt pilot David Windmiller.

Windmiller was in the air practicing for the Bethpage Air Show at Jones Beach for Memorial Day weekend when he was returning back to Republic Airport. He started to feel his plane vibrate and then his engine seized when he was up at about 2,200 feet. The plane’s three propellers also snapped off.

Windmiller knew he needed to find a safe place to land where he wouldn’t hurt himself or others on the ground. The south-bound side of Route 231, near the John Street exit, appeared to be the clearest and safest spot at the moment.

The plane made a hard, but safe landing with no scratch to the plane or injuries to anyone on the ground.

Windmiller was flying a home-built single-engine acrobatic aircraft. He’s been flying planes since he was 14 and has been a professional stunt pilot since 1994.

An investigation is ongoing as to why the plane’s engine blew. Route 231 was also closed off as the scene was investigated.