The collision occurred when a driver lost control when entering a curve in the roadway, police report. 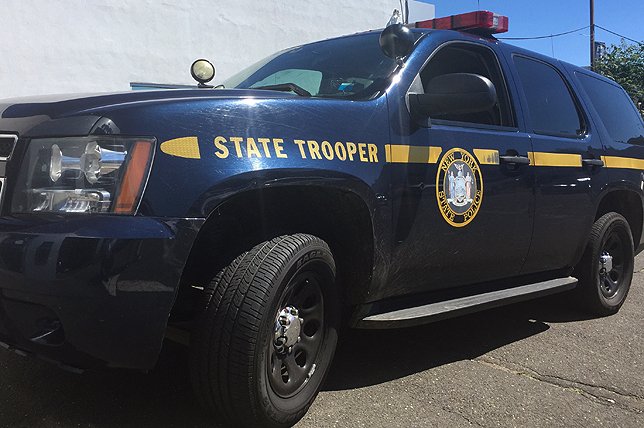 The New York State Police are investigating a one-car collision which occurred eastbound on the Northern State Parkway at exit 36N, Town of Oyster Bay, Nassau County.
Preliminary investigation revealed that the collision occurred when the operator of a 2003 Honda Pilot traveling eastbound, lost control when entering a curve in the roadway. The Honda then exited the roadway onto the right shoulder and struck the steel pole of a DOT Inform overhead sign.
The rear driver’s side passenger, Darwin I. Velasquez-Acosta, age 19, of Brentwood, NY was partially ejected from the vehicle and succumbed to his injuries at the scene. The operator, Franklin A. Cruz-Ortez, age 17, of Bay Shore, NY and a second rear passenger were taken to Winthrop University Hospital and are currently being treated for serious injuries.
The front passenger was taken to NUMC and is also currently being treated for serious injuries.  At this time, there have been no criminal charges filed.
The New York State Police is requesting that anyone who may have witnessed this incident contact State Police Farmingdale at (631)756-3300. All Calls will remain confidential.
A criminal charge is an accusation. A defendant is presumed innocent until and unless proven guilty.