At first glance, looking out over the scenic, placid waters surrounding Long Island, it would seem that they have returned to normal in the aftermath of Superstorm Sandy; but a closer inspection reveals quite another ... 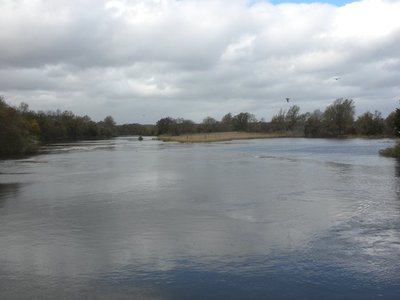 At first glance, looking out over the scenic, placid waters surrounding Long Island, it would seem that they have returned to normal in the aftermath of Superstorm Sandy; but a closer inspection reveals quite another story.

Cleanup crews are working hard to remove the tons of debris that Hurricane Sandy dumped into the waterways surrounding the Island—debris that presents an urgent safety issue to swimmers and boaters and could adversely affect our region’s summer tourism season.

"We have everything from floating oil barrels, gasoline tanks, household hazardous waste products, buckets, tires, bathtubs, you name it," said Adrienne Esposito, executive director of the Citizens Campaign for the Environment on Long Island.

"We're concerned not only about pollution, but boater safety," she said. "Come the spring, this stuff is going to be submerged partially or totally, but the boats are going to have some very serious issues."

Once the summer season begins, swimmers could cut themselves on submerged debris or suffer neck or spinal injuries by diving into large solid objects. Boats colliding with large pieces of debris could cause severe injury to occupants and, in more severe cases, even sink.

Workers in Hempstead have removed 379 tons of debris, including hot tubs, floating docks, barbeque grills, patio furniture, umbrellas and trash cans, from the water; and amid the 50 tons of debris retrieved by crews in Babylon, there were two fully-intact tool sheds, complete with tools, and 24 destroyed boats.

Much of the smaller rubble can be removed by divers; but to retrieve the large debris lying at the bottom of the water, cranes atop barges must be dispatched. Afterward, many of our waterways will have to be dredged, with the sand placed back on beaches.

Rob Weltner is president of Operation Splash, a volunteer group based in Freeport that has collected 1 million pounds of debris over the past 20 years, mostly from waterways on the south shore of the Island.

"Twenty years is out the window," he said. "Gone, gone. Sandy hit us right at the time when we would normally be putting the finishing touches on our cleanups. Every place I look I go, 'Oh, my God, not again, man. We just had that place looking beautiful and it's going to take us another 10 or 15 years to get it back looking decent again."

The story in N. J. is much the same. Crews there are working feverishly to clean up the hardest hit coastal areas before the summer swimming and boating season begins to protect its residents and to salvage its multibillion-dollar tourist industry.

"We did a cleanup three weeks ago. Then when we went back the other day, you could still see junk coming up in the wash," said Paul Harris, president of the New Jersey Beach Buggy Association, which helps take care of beaches on which the group goes surf fishing. "They go and clean it again, and two days later, you have the same thing again. There's nothing you can do about it; you can't vacuum the ocean."

"The amount of debris that needs to be removed is mind-boggling," New Jersey Gov. Chris Christie said. "Everything you can imagine is sitting in our waterways."

In Seaside Heights, N.J., where cars from the pier's amusement rides were found on beaches as far as eight miles away following the storm, teams of divers will be sent to scour waters in popular swimming areas before letting people back into the water.

In Brick, N.J., the lagoon on which Mayor Stephan Acropolis lives is filled with wreckage, including the front door and part of a wall from one of three houses that burned during the storm. He is counting on the state to act quickly to remove the marine debris to prevent even deeper economic losses from the storm.

"Someone goes out crabbing; they buy gas for the boat, maybe they have to rent the boat in the first place. They buy bait, they buy lunch," Acropolis said. "It's a big economic impact. People live here because they want to be on the water, out on a boat. If we don't get this cleaned up, we're going to have a problem," he said.

What’s your opinion? We would like to know. Share your comments below or on our Long Island Living Discussion Forum.