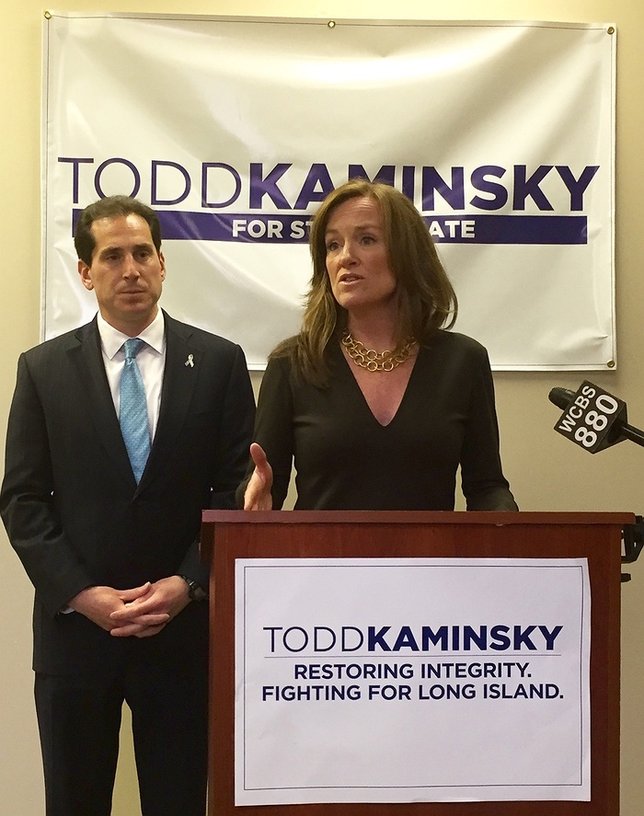 "I'm proud to endorse Todd Kaminsky for State Senate in the ninth senatorial district," said Congresswoman Kathleen Rice. "As a former federal prosecutor, Todd started his career taking on corrupt politicians from both parties, and we need someone with that independence working to clean up Albany and restore New Yorkers' faith and trust in their state government.

Todd is a true public servant who grew up here in Nassau County and knows the issues that matter most to our communities, from helping Superstorm Sandy victims rebuild to holding the line on taxes for middle-class families. Todd knows how to get things done for the people he serves, and that's why I'm excited to work with his team over the next two weeks to make sure we elect Todd Kaminsky to the State Senate on April 19th."

In accepting the endorsement, Todd Kaminsky said: “Albany needs significant reform and we need it now and I’m proud to have the support of Kathleen Rice. As Nassau County’s DA and now as a member of Congress, Congresswoman Rice has done so much for our community. Congresswoman Rice knows the importance of rooting out corruption at all levels of government and how important that is to protecting our hard-working taxpayers.  As a State Senator, I will continue to work with Congresswoman Rice to advocate for the needs of the South Shore because we must continue to hold the line on taxes while finally cleaning up Albany.”