The state has refused Councilman Creighton's request for the Nissequogue River State Park land to be turned into a town park. 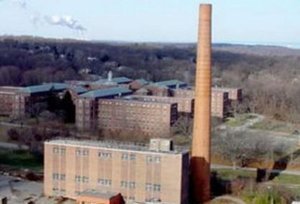 While the Kings Park Psychiatric Center is in the process of being demolished, visions of turning the open land into a town park are turning to dust as well.

Officials from the New York State Parks Department have denied Smithtown Councilman Bob Creighton's request for the 55 acres of Nissequogue River State Park land to be transferred to the Town of Smithtown for recreational use.

In January, the Smithtown Town Board voted for Town Attorney John Zollo to write to Governor Andrew Cuomo’s office asking if the state, which currently owns the state park an abandoned psychiatric center property, would consider entering talks about transferring the property to the town to be used as athletic fields when the town has funding.

Supervisor Patrick Vecchio was the only member of the board who voted against Zollo drafting the letter.

Rose Harvey, commissioner of the New York State Office of Parks, Recreation and Historic Preservation, wrote to the group in early April that the state is not considering transfers at the moment, and is more concerned with the process of clearing 15 vacant and condemned buildings – a project that is expected to cost $6.8 million.

“State Parks has consistently responded that it is premature to consider re-development proposals for the property.  Rather, at this time, State Parks is focused on successfully completing the first phase of remediation on the property,” wrote Harvey.

It was added that the Town of Smithtown’s request would “not a feasible option” to consider in the future.

Mike Rosato, former chairman of the Nissequogue River State Park Foundation, said at a Town Board meeting in January that Creighton’s request was "very suspicious.”

"These councilmen have been plotting for years to acquire this property, apparently for their own self-interests in [an] election year," he added.

In a letter to the board last week, Harvey said that "the town's request is one of a number of proposals and requests we have received” for utilizing the land, so Kings Park may see any number of projects discussed in the near future.