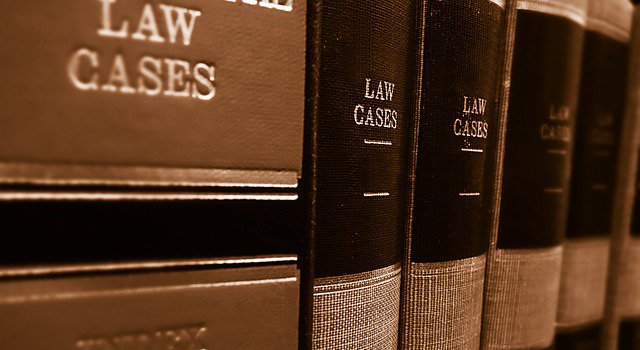 New York, NY - May 17, 2017 - Attorney General Eric T. Schneiderman today announced a settlement agreement with the German American Settlement League (“GASL”), in Yaphank, Long Island, to overhaul the non-profit’s policies and end its practice of housing discrimination on the basis of race and national origin. The settlement resolves the Attorney General’s investigation of the GASL following reports that the organization historically excluded non-white, non-German individuals from membership and home ownership in its community. At the time the Attorney General initiated his investigation, the GASL’s by-laws expressly limited membership in the organization and home ownership on GASL property to individuals “primarily of German extraction and of good character and reputation”— explicitly excluding non-Germans from membership or homeownership in the GASL community.
Today’s settlement prohibits the GASL from discriminating against individuals on the basis of race or national origin and requires the organization to fully reform membership policies, governance structure, and internal controls in order to ensure compliance with existing federal, state, and local fair housing and not-for-profit corporation laws – including replacing its President and Treasurer, and regularly reporting to the Attorney General’s office to demonstrate compliance.
“The GASL’s discriminatory practices were a remnant of a disgraceful past that has no place in New York or anywhere,” said Attorney General Schneiderman. “This agreement will once and for all put an end to the GASL’s discrimination, ensuring that all New Yorkers are afforded equal access to housing opportunities — regardless of their race or national origin. My office will continue to uphold and protect all New Yorkers’ fundamental right to equal access to housing.”
The GASL functions as a membership organization:  the majority of the GASL’s land is reserved for residential use and, at its Board’s discretion, the GASL leases individual parcels to private member-residents. When a particular member purchases a home in the GASL community, he or she purchases the dwelling structure only and leases the underlying parcel on a periodic basis from the GASL. The Attorney General’s investigation of GASL practices included reviewing: the GASL’s bylaws and corporate documents; its procedures relating to membership applications and advertising; sworn testimony from GASL leadership; complaints related to discriminatory housing practices; and publicly available information.
The Attorney General’s investigation found that GASL’s housing policies and practices violated federal, state and local laws by historically excluding individuals of non-white, non-German heritage from homeownership and membership in the organization. The investigation also found that the GASL home sale advertising policies further prevented any substantial turnover among GASL homeowners. At the time the Attorney General opened his investigation, GASL prohibited public advertisement of properties for sale by existing GASL members; instead, members seeking to sell their homes could only announce a listing in person at GASL member meetings or through internal flyers and meeting minutes circulated to the existing membership.
The GASL revised its by-laws and policies in 2016 pursuant to the terms of a civil settlement entered before the U.S. District Court for the Eastern District of New York in a matter titled Long Island Housing Services, Inc. v. German-American Settlement League, Inc., 15-cv-5987 (E.D.N.Y.) (Azrack, J.).  The Eastern District settlement awarded monetary relief to three private plaintiffs and required the GASL to institute a number of reforms, including revising its by-laws to no longer exclude membership to people of German extraction and to permit members to advertise home sales to the public. The GASL also agreed to revise its membership practices to comply with fair housing laws; participate in fair housing training; conduct community outreach; and keep records of documents demonstrating its compliance with the agreement, among other reforms.
Despite these changes, the Attorney General’s ongoing investigation found that the GASL’s membership application processes and property lease-ownership structure continued to make new membership and property re-sale within the GASL community unreasonably difficult. The Attorney General concluded that these conditions disparately impacted non-white, non-German prospective members who had historically been explicitly excluded from membership under the GASL’s previous policies, and prevented any substantial turnover among GASL homeowners.
The Attorney General further found that GASL lacked sufficient transparency to its membership. The GASL failed to implement any internal operational controls to prevent leadership conflicts, ensure reliable organizational records, or protect the organization’s assets.
Under the agreement announced today, GASL agrees to:
This matter is being handled by Assistant Attorneys General Diane Lucas of the Civil Rights Bureau and Catherine Suvari of the Charities Bureau. The Civil Rights Bureau is led by Bureau Chief Lourdes Rosado. The Charities Bureau is led by James Sheehan. The Charities and Civil Rights Bureaus are part of the Division of Social Justice led by Executive Deputy Attorney General for Social Justice Alvin Bragg.