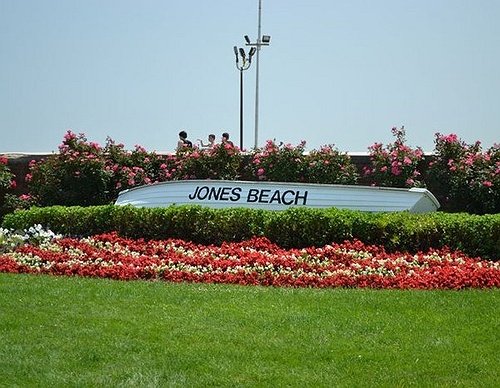 Albany, NY - April 21, 2015 - Governor Andrew M. Cuomo today announced that 88 revitalization and rehabilitation projects, totaling $71.7 million, will be completed at 60 State parks and historic sites across New York this year. The announcement is in honor of Earth Week, April 19-25, a weeklong celebration of New York’s commitment and accomplishments to protecting our environment, conserving open space, increasing access to the state’s vast and magnificent natural resources, implementing clean energy initiatives and preparing for the effects of climate change.

“New York is home to some of the top outdoor recreational and historic sites in the world and it is critical that we safeguard them for generations to come,” Governor Cuomo said. “With this funding, we are building on our past success in improving the infrastructure of our state parks and developing them into economic engines for local communities.”

Office of Parks, Recreation and Historic Preservation Commissioner Rose Harvey said, “Governor Cuomo is leading the transformation of the State park system that will have modern facilities, offer rewarding recreational and educational experiences, and provide better access for all. The NY Parks 2020 projects announced today will not only help fix and restore aging park infrastructure but also enhance our environment, connect people to healthy, active outdoor recreation and energize local economies.”

The projects are part of the Governor’s NY Parks 2020 plan, a multi-year commitment to leverage a broad range of private and public funding to invest approximately $900 million in State Parks from 2011 to 2020. The Governor committed $110 million to the effort in the 2015-16 State Budget. In addition to the projects announced today, the 2015-16 budget will provide for various system-wide improvements, such as investments in energy efficiency, technology, natural resource stewardship, and trail projects; and allocates funding for emergencies, engineering and construction oversight, and design of future year projects.

The projects make up the next phase of the long-term NY Parks 2020 plan, which follows seven strategic priorities:

Executive Director of Parks & Trails NY Robin Dropkin said, “Our iconic park system is the oldest, and one of the most heavily visited, in the nation, contributing $2 billion annually to the state’s economy. Thanks to the strong commitment of Governor Cuomo, the sustained investment in the restoration and revitalization of New York’s 215 state parks and historic sites will enable these treasured places to more fully realize their potential as economic engines for local communities and as destinations for healthy outdoor recreation for all New Yorkers.”

Executive Director of the Open Space Institute’s Alliance for New York State Parks Program Erik Kulleseid said, “What better way to commemorate spring and Earth Week than to celebrate the next cycle of revitalization and rehabilitation projects that will make New York’s wonderful state parks even more inviting, educational and extraordinary. From flagship parks to regional gems, state parks are undergoing a transformation unlike anything this state has ever seen. New Yorkers are grateful to Governor Cuomo and the legislature for renewing their commitment to New York’s most spectacular natural treasures.”

Construction projects will take place in the following regions:

The New York State Office of Parks, Recreation and Historic Preservation oversees 180 state parks and 35 historic sites, which are visited by 62 million people annually. For more information on any of these recreation areas, call 518-474-0456 or visit www.nysparks.com, connect on Facebook, or follow on Twitter.