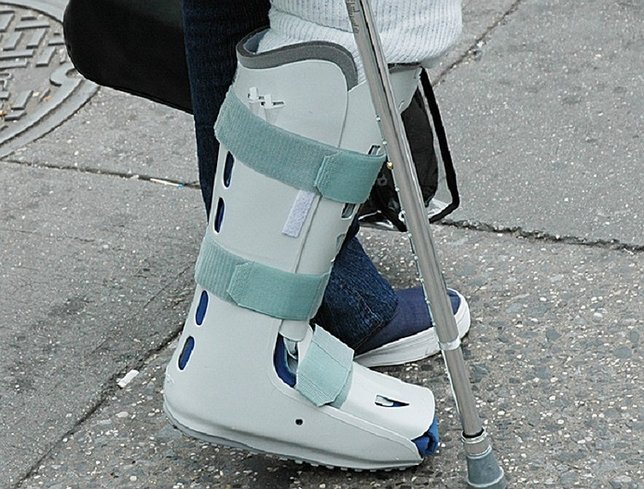 Photo by: Sbpp, via Free Images.

Huntington, NY - September 30, 2016 - Attorney General Eric T. Schneiderman announced today guilty pleas by Katia Donnelly and her durable medical equipment and supply store, Bennett Surgical Supply, Inc., for submitting thousands of false claims to Medicaid resulting in Medicaid paying them more than two million dollars over a six and a half year period. Donnelly admitted during her plea that she used the Medicaid identification numbers of Bennett Surgical customers to fraudulently bill for items she never purchased or delivered to them. She and her corporation plead guilty to Grand Larceny in the Second Degree, and it is expected that Donnelly will be sentenced to 2 to 6 years in State Prison.

“This defendant helped herself to an exorbitant amount of money from the Medicaid program, a taxpayer funded program intended to help some of our most vulnerable members of society,” said Attorney General Schneiderman. “This case illustrates that no matter how clever the scheme, we will root out Medicaid fraud and punish those responsible.”

As admitted in the pleas, the Attorney General's investigation revealed that from January 1, 2006 through June 30, 2012, Katia Donnelly and Bennett Surgical Supply, Inc., a now defunct durable medical equipment vendor located at 382 New York Avenue, Huntington,  falsified thousands of claims to Medicaid causing the program to pay Bennett more than two million dollars for dispensing durable medical equipment and supplies that she had never possessed, that were not medically necessary, that her customers’ medical professionals never ordered, and that her customers in fact never received.

The vast majority of those bogus claims were for specialty wound dressings, ostomy supplies, custom orthotics and even high priced hospital beds. In fact, the Attorney General’s investigation revealed that Bennett was the highest biller statewide for at least thirteen products, including eight types of wound dressings, ostomy supply codes, bariatric hospital beds, and pressure-reducing mattresses.

Donnelly also admitted that she falsified hundreds of records contained in Bennett’s customer files, including Official New York State Prescriptions, to make it appear that physicians and a physician assistant had ordered wound dressings and other items for their patients. In reality, the prescriptions were forged and the doctors had never heard of the patients for whom the prescriptions were written. In addition, Donnelly admitted that she altered legitimate physician orders by adding items that were never ordered by the physicians or needed by or delivered to their patients.

In order to make it appear that she purchased and paid for inventory that she billed Medicaid for dispensing to her customers, Donnelly admitted that she also falsified Bennett’s books and records. In fact, a review of Bennett’s suppliers’ records and bank account records revealed that Donnelly never purchased the two million dollars’ worth of inventory she claimed to have dispensed to Medicaid recipients and that the checks that she recorded as paying suppliers for that inventory were, in fact, used to pay her personal expenses such as a time share in the Dominican Republic which she visited frequently, a car loan and numerous credit cards used for travel and on-line shopping, among other things.

The pleas were entered before Supreme Court Justice John B. Collins.  Donnelly was arrested on August 3, 2016, and has been held on $500,000 cash bail with a $2 million bond alternative since then. The defendants are scheduled to be sentenced on December 1, 2016.

The Attorney General thanks the New York State Office of the Medicaid Inspector General for referring this matter to his Office for investigation and prosecution.