The tentative schedule for many of New York's 2015-16 migratory game bird seasons is now available, allowing sportsmen and sportswomen to plan outdoor activities well in advance. 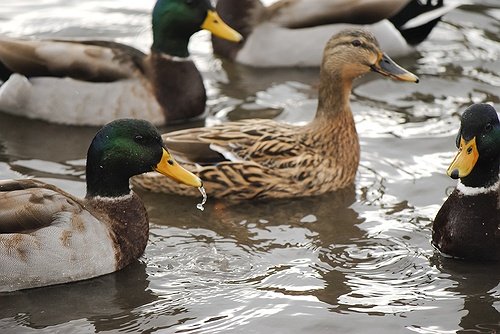 "Each year, DEC announces the tentative schedule so hunters can begin making plans for a safe and successful season," Commissioner Martens said. "Hunters are still reminded to check the final dates, usually issued in late summer, before going afield."

These season dates and bag limits are considered tentative and subject to change until federal regulations have been adopted in late summer. Specifically, concerns about the population status of Atlantic brant could result in a brant season that is closed entirely. The final season dates, bag limits and other regulations for 2015-16 migratory game bird hunting seasons in New York will be posted on DEC's website and announced by a statewide news release, once they are approved by the U.S. Fish and Wildlife Service. Hunters should confirm the final season dates before going afield.

The tentative season dates were developed by a team of DEC staff representing all regions of the state, taking into consideration anticipated federal regulations for the coming year and recommendations from Waterfowl Hunter Task Forces established by DEC for each zone. DEC has used a task force approach since 1997, and it has been very helpful for setting seasons where hunter preferences are diverse. For more information about the Waterfowl Hunter Task Forces, go to DEC's website.

Tentative season dates for the Lake Champlain Zone were not included because they will be determined by the Vermont Fish and Wildlife Board following public meetings likely to be held in August in Whitehall, N.Y. and Burlington, Vt. DEC encourages New York waterfowl hunters who frequent the Champlain Zone to attend one of these meetings; details will be announced later this summer. Comments and suggestions about the Lake Champlain Zone may also be submitted to any DEC season-setting team member or by e-mail.

Copies of the 2015-16 migratory game bird hunting regulations brochure will be available on the DEC website in late August and by mid-September wherever hunting licenses are sold.