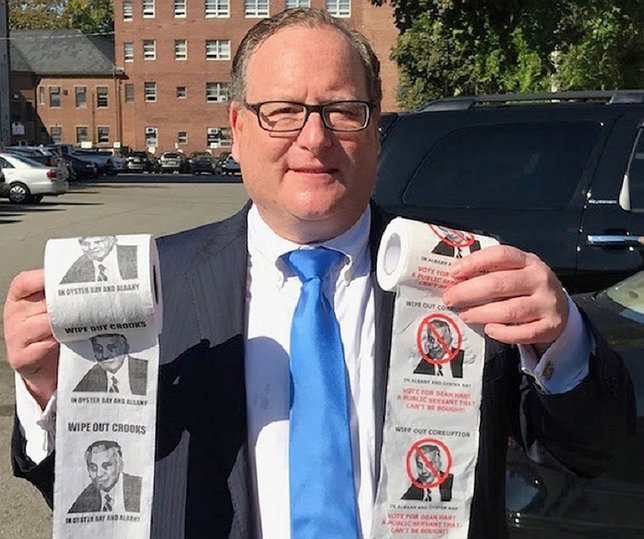 “After more than 50 years of planning and praying, beach renourishment at Smith Point County Park – including new dunes and berms and millions of yards of new sand –  is completed. And the entire South Shore coastline is well on its way to being more fully protected,” said Schumer.  “We worked very hard in the Sandy Relief bill to secure fully federal funding for the Fire Island to Montauk Point effort. Projects like this will go a long way in protecting our vulnerable barrier islands and south shore communities, like Mastic Beach, from the next major storm.”

“The funding we secured in Congress following Superstorm Sandy has been instrumental to providing flood protection and coastal restoration to communities along the South Shore, said Senator Gillibrand, a member of the Environment & Public Works Committee. “Through this project we have made the dunes and barriers on the shoreline more secure for when the next storm hits. These investments remain critical as renovation efforts progress, and we continue rebuilding and strengthening our infrastructure.”

“Superstorm Sandy caused significant damage along the south shore and made other communities more vulnerable to storm damage in the future,” said Suffolk County Executive Steve Bellone.  “By coming together to restore the coastline at Smith Point County Park, we have taken another significant step forward to enhancing our infrastructure in order to make our region more resilient.  I would like to thank Senator Schumer, Senator Gillibrand and Governor Cuomo for their continued advocacy on this important issue and for their steadfast support to help Suffolk County reclaim its water against nitrogen pollution and ensure coastal resiliency.”

According to the Army Corps, the Smith Point County Park beach renourishment project placed approximately 2.2 million cubic yards of sand along the beach to construct a system of dunes and beach berm, including dune grass plantings. In addition, work included approximately 100 acres of habitat maintenance and enhancement within Smith Point County Park for endangered piping plovers.

Schumer and Gillibrand secured federal Sandy aid for the Army Corps to take steps to protect Long Island’s coastal communities from future storms at full federal expense. The Senators urged the Army Corps to immediately begin to execute federally-approved projects, including the Fire Island to Montauk Point (FIMP) project, which provides for hurricane protection and beach erosion control along five reaches of the south shore of Long Island between Fire Island Inlet and Montauk Point, a distance of approximately 83 miles. The project also authorizes federal participation in periodic beach nourishment.