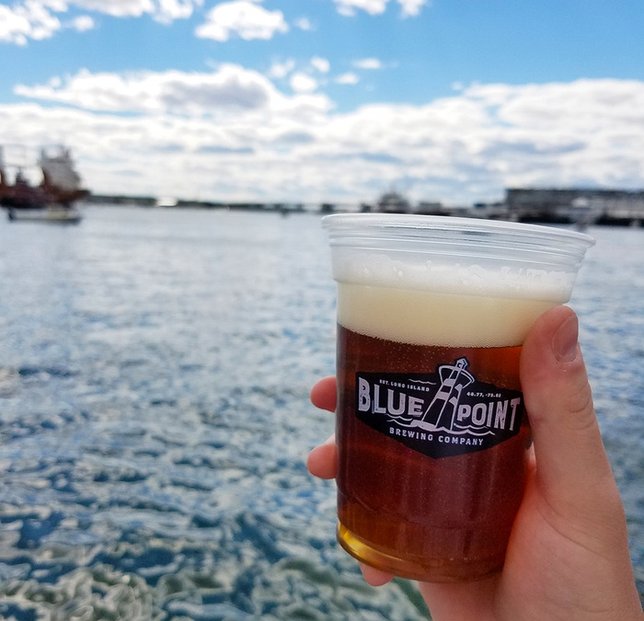 The second-floor space is divided into two rooms: One, a more traditional, rustic-chic tasting room with a bar, 30 taps (a few of them hooked to casks, and at least one to cider) and high tops. It overlooks Patchogue Lake on one side and a downstairs beer garden on another. The other is an welcoming dining space with an open kitchen on one end, picnic tables, more taps and a view of the brewery floor.

In addition to having a restaurant for the first time, the new brewery will also host live music and will be serving up year round brews, seasonal picks, small batch and barrel-aged beers as well as some delicious local seafood and much more. Among the dozens of beers on tap will be Summer Ale, The Shore Thing, Pinstripe Pil, Toasted Lager, Una Fria, Delayed, Blueberry Ale, BlackBerry Gose, Virtue Cider Rose, Mosaic IPA, Hop in the Shower, The IPA, Citrus Plunge, Bubble Brain, Hoptical Illusion, Hazy Variant, Hazy Bastard, and Coconator, truly something for everyone!

Blue Point, bought by Anheuser-Busch InBev in 2014, was founded by Long Island natives Mark Burford and Pete Cotter in 1998. For more information on the brewery, visit here.