Patchogue Theatre for the Performing Arts announce in partnership with ZEN Productions and The ZEN Room the return of 20th Century Fox's "The Rocky Horror Picture Show." 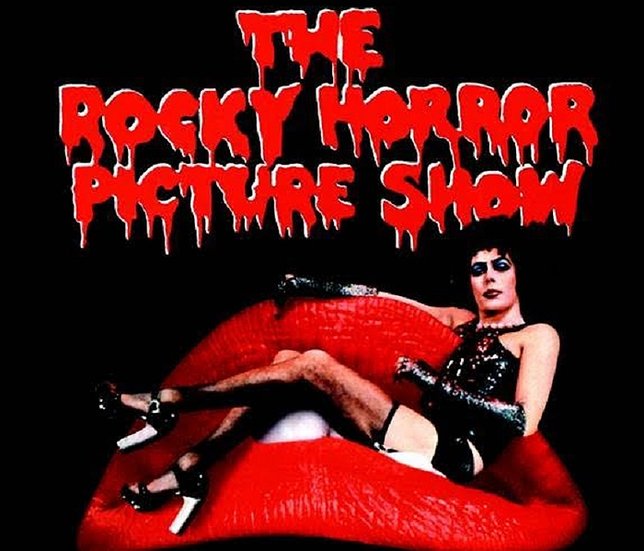 Patchogue, NY - October 4, 2016 - Patchogue Theatre for the Performing Arts (PTPA) is pleased to announce in partnership with ZEN Productions and The ZEN Room the return of 20th Century Fox's "The Rocky Horror Picture Show" at Patchogue Theatre this Halloween weekend for one night only, on Saturday, Oct. 29, at 7:30 p.m., with a live accompanying "shadowcast."

Probably the oddest, most off-the-wall cult film ever made, this kinky rock 'n' roll science fiction horror satire is everybody's favorite late night show. A young couple stumbles into a castle inhabited by weirdos from the planet Transylvania, including Dr. Frank N. Furter (Tim Curry), a cross-dressing Frankenstein in rhinestone heels. "The Rocky Horror Picture Show" is a marvelous musical spoof that urges, "Give yourself to total pleasure!"

The ZEN Room's live "shadowcast" enhances the experience on the Patchogue Theatre stage as they act out your favorite scenes with audience participation. Prop bags for the audience will be sold in the lobby for $5.00 prior to the show. The pre-show reception will begin at 7:30 p.m. and will include a Halloween Costume Contest with giveaways for first, second and third places, as well as the traditional "Virgin Sacrifice" on the Main Stage before the show. There will be a "meet & greet" with the shadowcast after the show in the Theatre lobby.

No rice, toast or any other food products will be allowed in the Theatre as they are a hazard and could cause injury to the performers on stage. Please be aware that strobe lights will be used during the show.

Prior to last year's debut of "The Rocky Horror Picture Show," Patchogue Theatre hasn't featured film since 2002 when the Theatre screened a Katharine Hepburn and Spencer Tracy film. Motion pictures regularly played at Patchogue Theatre when it was a movie house in the 1970s and 80s. In 1982, Patchogue Theatre was turned into a "triplex" with the Main House divided into two screens and the balcony was constructed to incorporate a third screen. It wasn't longer after in 1987 when the triplex closed and Patchogue Theatre remained empty and dark for eight years before being purchased and renovated by the Incorporated Village of Patchogue.

As Patchogue Theatre for the Performing Arts policy with any R-rated film of explicit nature, all patrons under the age of 17 years old must be accompanied by an adult with valid identification that indicates date of birth. This policy will be strictly enforced so have your ID ready to be checked at the door.

About Patchogue Theatre for the Performing Arts (PTPA)
Patchogue Theatre first opened in 1923 as the largest theatre in Suffolk County. It still is, with the installation of 1,104 brand new seats during the 2016 renovation. Saved by Village of Patchogue in 1996 and lovingly restored it to its original grandeur, this beautiful and historic venue was in use 230 days with over 150,000 in attendance for its 2014-2015 season. PTPA is an independent community-based 501(c)(3) nonprofit organization that leases the building from the Village of Patchogue and covers all of the operating costs without any subsidies from the Village. PTPA's leadership consists of a volunteer board of directors and a small professional staff. Patchogue Theatre continues to thrive thanks to the hard work of over 80 volunteers as well as the businesses, funding agencies and individuals who support PTPA by contributing their time and resources. Patchogue Theatre for the Performing Arts is located at 71 East Main Street, Patchogue, N.Y., and can be reached at 631-207-1313 or by visiting PatchogueTheatre.org.