The production of The Kiss, based on a Chekhov short story of the same name, is slated to run at Theater 294in E. Farmingdale Sept. 22 to Oct. 8. 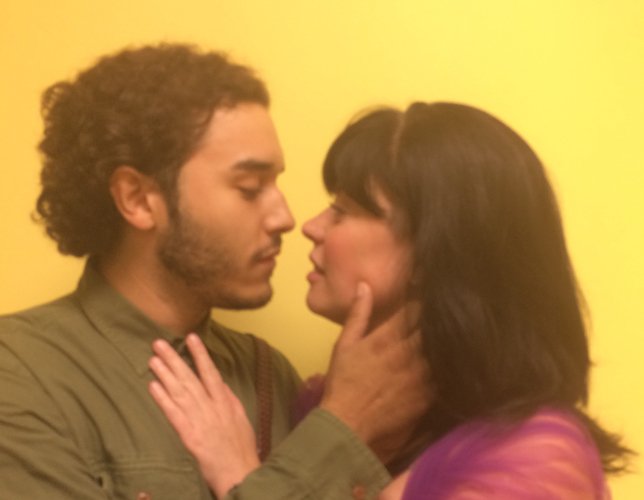 The Kiss, by Claude Solnik, based on a Chekhov short story of the same name.

East Farmingdale, NY - September 8, 2017 - More than a century after the death of arguably Russia’s greatest playwright, The Long Island Repertory Co. is gearing up to debut a new, full-length play based on an Anton Chekhov short story complete with a cast of more than a dozen performers.
The production of The Kiss, by Claude Solnik, based on a Chekhov short story of the same name, is slated to run at Theater 294, 294 Farmingdale Rd., E. Farmingdale Sept. 22 to Oct. 8.
Timothy Gillespie is directing this show that spans battle fields and ballrooms, telling the story of soldiers, a nurse and some civilians in an unnamed war.
Gillespie called the show “a play about the sometimes painful, oftentimes violent, but always necessary transition into adulthood."
He described the show as dealing with a larger subject regarding the “need to find our own personal balance between reality and fantasy.” 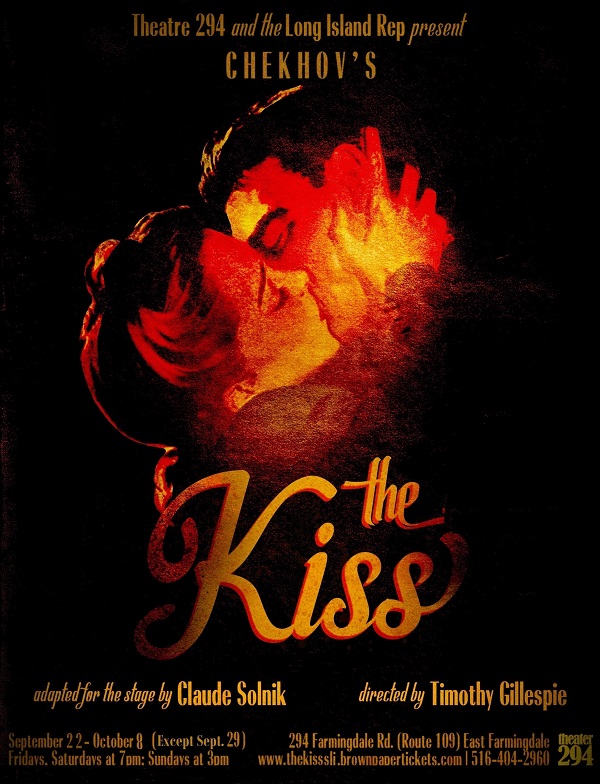 Giovanni Marine plays Riabovich, a Russian soldier whose life is changed by a kiss before going off to battle. The show tells the story of the impact a brief encounter has on Riaboovich, who is sustained by the memory of a moment as the war continues.
We also see how others members of the regiment and a nurse react, as Riabovich goes from desperation to elation - hoping to solve the mystery of the identity of the woman with whom he shared that moment.
In the regiment, Michael Ruggiere and Frank Butler share the role of Merzliakov, Justin Stephon Trice plays Tarpagaon, Jonathan Skelly plays Lobyetko and Joe Sherer plays Karpov, while Amanda Skiba plays Polyakov and Melissa Da Costa plays Babakov and Lady.
Kerri Dillon plays Anna, a nurse who travels with the regiment, while Brenna Gwyn Snowe plays Lena and Lora Batorsky plays Laura and the messenger.Ron Friedmann plays the priest, Larry Bellman plays General Von Rabbek and Joe DiPietro plays the commander. Cara Fortune plays Mosha, while JoAnn Celentano plays Adriana.
Chery Manniello is designing costumes, a key element of the production, with Alexander Vartanian doing sound and lights that seek to create atmosphere and help create the world of the show.
“I think a solid argument could be made that he was the Russian Shakespeare,” Jon Skelly, who plays Lobyetko, said of Chekhov.
While Chekhov is famous for plays such as The Cherry Orchard and The Seagull, he is also known as a short story writer. The play follows soldiers in Russia during an unnamed war who are invited to the residence of a retired general.
They enjoy and are even overwhelmed by the opulence of the home and the world they see.
“Riabovich and a woman kiss in the dark,” Solnik said. “He’s not sure who the woman is. He goes through the war wondering who and whether he’ll ever find her.”
What follows is a mix of imagination and reality, as the soldiers go to war, while Riabovich remembers a lost moment – and other soldiers question whether he imagined it entirely or became intoxicated.
“The story and the play look at how a moment can change a person,” Solnik said. “The same thing can give you confidence and fill you with doubt.”
The plot at points even becomes a Chekhovian variation of the plot of Cinderella, as Riabovich tries to imagine who that woman is, figuring out her identity and being sustained by the memory of that moment.
“Theater is universal,” Giovanni Marine said. “We’re all trying to convey a certain message. Through representation, we are the driving force of that message.”
The Kiss, Theater 294, 294 Farmingdale Rd., E. Farmingdale. An adaptation by Claude Solnik of an Anton Chekhov short story of the same name about a soldier who is changed by a single kiss. A cast of more than a dozen directed by Timothy Gillespie present this show with scenes ranging from ballrooms to battlefields. Performances Sept. 22 to Oct. 8 with 7 p.m. shows Fri. Sept. 22; Sat. Sept. 23; Thurs. Sept 28; Fri. Oct. 6 and Sat. Oct. 7 Sun. 3 p.m. matinees Sept 24, Oct. 1 and Oct. 8. Info. 516-404-2960. Tickets $20/$15 srs/students at www.thekissli.brownpaperticket.com.