Islanders owner Charles Wang recently stated that the team may leave the Nassau Coliseum a season earlier than scheduled. 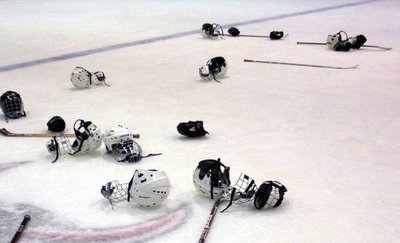 The Islanders have been planning to leave their long-time home of the Nassau Coliseum since fall. The team was originally slated to depart in 2015 for the new Barclay’s Center in Brooklyn. But now, that plan may be changing.

Owner Charles Wang recently stated in a report from Newsday that he would “be fine” with moving to their new stadium a year early – meaning they would start their 2014 season in the Barclay’s Center.

Wang went on to criticize some politicians for their failure to get a new stadium built in Nassau County, saying that they are sending the wrong message to children. “[Politicians] come in and they don't do anything and they get re-elected. It's such a shame.”

Wang had originally lobbied the county to build a new stadium for the hockey team. The two sides could not come to an agreement on that issue.

He went on to call the move bittersweet, and claimed that the team is prepared to move a season early, but only if it works out with everyone involved. Regardless, the final decision will not rest on Wang’s shoulders.

"It's really not in my control," Wang said. "We will work with whatever the county does. We are prepared to honor the lease, which is what we're doing now.”

As for the future of the Nassau Coliseum, there have been a number of proposals as to what the county will do with 77-acre property located in Uniondale. Last month, the county recommended reducing the number of seats in the stadium from 16,000 to somewhere around 10,000 – in an effort to attract more family-oriented shows and concerts.

Other proposals for the future of the Coliseum have included creating a Biotech Campus and a possible redevelopment by the owners of Madison Square Garden.

Islander fans can still enjoy watching the games in the Coliseum as the team finishes off their final five games of the season and seek their first playoff berth since 2007. But one way or another, the team’s days in Nassau are numbered.