The Islanders Move to Brooklyn

In a surprisingly early announcement, speculation about the future home of the Islanders has been brought to an end.

The NHL may have suspended its season due to labor disputes with the Player’s Association, but that doesn’t mean big plays aren’t still being made in hockey. The New York Islanders, who have been attempting to have their home in Nassau Coliseum either rebuilt or replaced for several years now, are officially joining the (now) Brooklyn Nets at the new Barclays Center in Brooklyn. 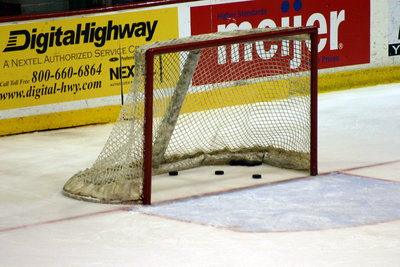 A press conference headed by owner Charles Wang, and attended by NHL commissioner Gary Bettman as well as Mayor Michael Bloomberg, just confirmed a 25-year contract that will keep the Islanders in their new home for the next quarter-century. Unlike the Nets, who changed their name and logo before their first regular season game in Barclays next Thursday, the Isles will be keeping their current monikers and uniforms (after all, Brooklyn is part of Long Island, geographically speaking).

The move, though imminent, will not be immediate. Nassau Coliseum still has a deal to host the team through 2015, which means Long Islanders will have a home team for which to root for the next couple years (assuming, of course, that there is another NHL season in that time). At the end of the 2013-14 season, however, the Islanders will be moving about 28 miles out of town.

Are you an Islanders fan? Do you feel excited or upset by the move to Brooklyn? Let us know by leaving a message below or hoping over to the Sports Forums.