New information pertaining to yesterday’s horrific explosion continues to come to light, but the investigation is still in its infancy and may not lead to the perpetrator for some time. 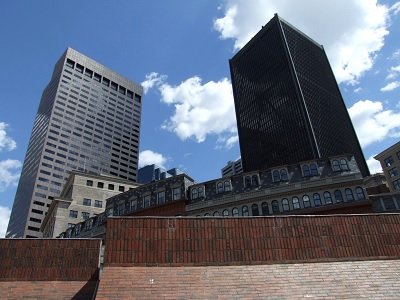 Update 5:52 PM:  A graduate student of Boston University has been identified as the third victim to have died in yesterday's bombing. The name of this victim has not been released, as permission from the family is pending.

The second of three victims who died in Boston’s tragic bombing yesterday has been identified as 29-year-old Krystle Campbel of Medford, Massachusetts. Her family joins that of 8-year-old Martin Richard, who passed away in the explosion as well; Martin’s mother and 6-year-old sister were also seriously injured.

In an interview with Yahoo, Krystle Campbel’s father, William, stated that his daughter was waiting at the race’s finish line for a friend. “My daughter was the most lovable girl,” said Campbel, “She helped everybody, and I'm just so shocked right now. We're just devastated.”

One day removed from the bombing, there have been a total of three confirmed deaths and over 180 injuries reported by area hospitals treating the wounded. Many impacted by the explosions were hit with shrapnel, and some lost limbs either immediately in the blasts or when doctors found it necessary to amputate.

President Obama has addressed the tragedy and ongoing investigation several times, stating today that “This was a heinous and cowardly act. And given what we now know about what took place, the FBI is investigating it as an act of terrorism.  Any time bombs are used to target innocent civilians it is an act of terror. What we don’t yet know, however, is who carried out this attack, or why; whether it was planned and executed by a terrorist organization, foreign or domestic, or was the act of a malevolent individual.”

Details on who placed the bombs are still unknown, but information on the bombs themselves has become available. The explosives were placed in pressure cookers filled with shrapnel such as nails and BB’s, and concealed in backpacks. It is believed the bombs were hooked up to timers, though that is not yet known to be certain.  These bombs have been described as crude, but were clearly effective.

A fire which sparked at the JFK Presidential Library was at one point believed to be related to the attack at the Boston Marathon, but is now thought to have been more likely the result of a mechanical fire.

As the investigation into who perpetrated this horrific travesty continues there have been no claims of responsibility either foreign or domestic. Anyone with relevant information is encouraged to report it, and several organizations are already working to help those hurt in the bombing.