We dug into the archives to find these historical photos. 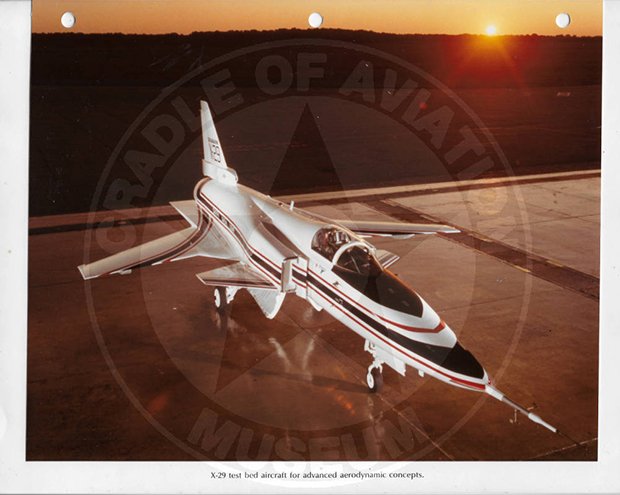 An experimental aircraft that tested a forward-swept wing among other new technologies, the Grumman X-29 was designed and tested in the early 1980s. Only two aircraft were built and flown by NASA and the U.S. Air Force. The program was retired in the early 1990s. 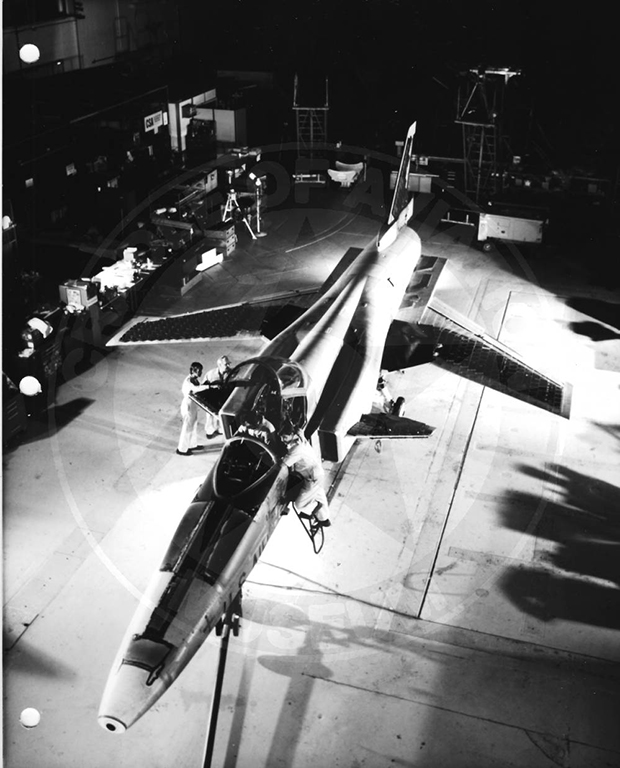 A NASA fact sheet describes the X-29 as “featuring one of the more unusual designs in aviation history.”

The two planes were flown by NASA test pilots. 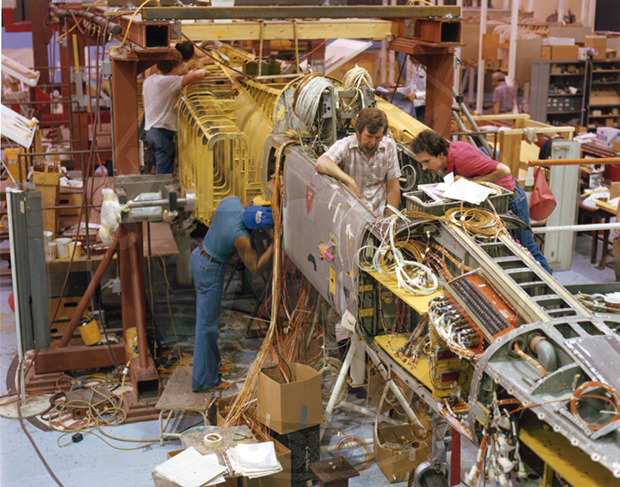 “The demonstrators investigated advanced concepts and technologies during a multi-phased program conducted from 1984 to 1992. The program provided an engineering database that is available for the design and development of future aircraft.” 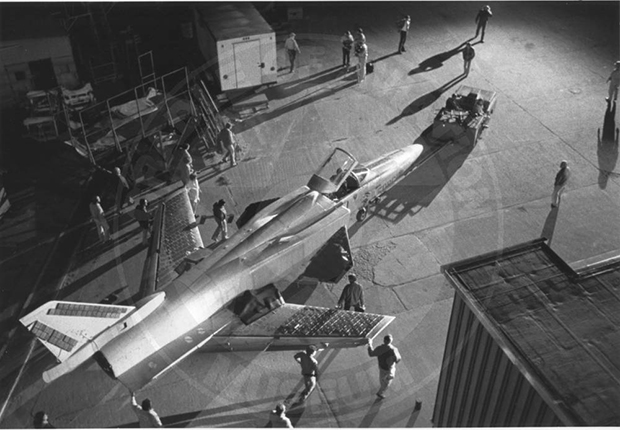 NASA goes on to say that the “research results showed that the configuration of forward-swept wings, coupled with movable canards, gave pilots excellent control response at up to 45 degrees angle of attack, higher than comparable fighter aircraft. During its flight history, X-29s were flown on 422 research missions. Aircraft No. 1 flew 242 in the Phase 1 portion of the program; 120 flights were flown by aircraft No. 2 in Phase 2; and 60 flights were completed in a follow-on ‘vortex control’ phase.” 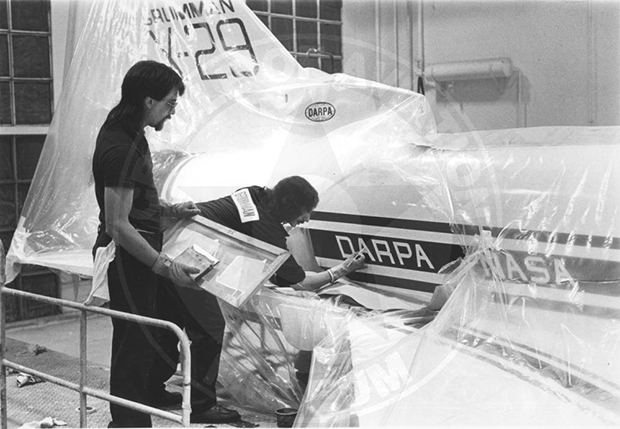 These photos from the Cradle of Aviation Museum archives show the X-29 at Grumman facilities on Long island being built, tested, and shown off to then Vice President, George H. Bush. 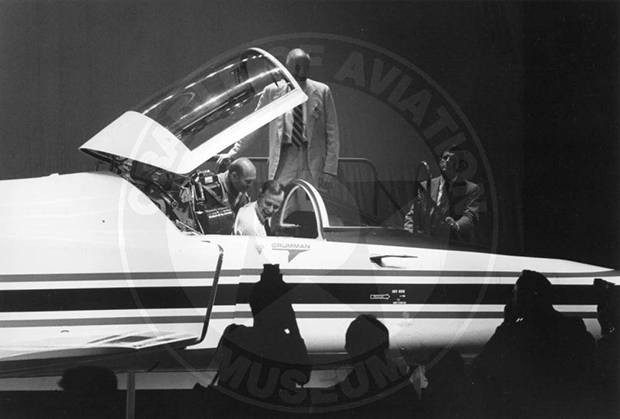