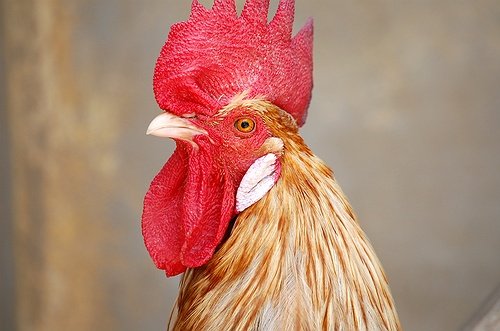 Queens, NY - December 19, 2014 - Attorney General Eric T. Schneiderman today announced the felony convictions of two Ulster County men charged as part of the three-county takedown, “Operation Angry Birds,” which resulted in the dismantling of the largest known cockfighting ring in New York history, reaching from Ulster County to Brooklyn and Queens, and one of the biggest in the country. Farm owner Moises Cruz, 71, and farm manager Manuel Cruz, 60, pleaded guilty to the top count felony of violating New York Agriculture and Markets Law, Prohibition of Animal Fighting. The men are among nine defendants who have pleaded guilty in the case. Upon the request of the Attorney General’s office, the guilty pleas include a ban upon the two defendants from owning animals in the future. The men face up to nine months in jail when they are sentenced by Ulster County Court Judge Donald A. Williams on February 26, 2015.

“Cockfighting is a cruel, abusive and barbaric practice. It tortures animals, endangers the health and safety of our communities and is known to facilitate other crimes,” Attorney General Schneiderman said. “We are holding accountable those who raised animals for illegal sport, operated illegal gambling venues and trafficked fighting animals to New York City. My office, along with our partners in law enforcement and animal welfare, are committed to ending this vicious blood sport in New York.”

The two men were arrested in February when Attorney General investigators, officers from the Ulster County Sheriff’s Office, the State Police and other local law enforcement, raided a 90-acre farm at 230 Plattekill Ardonia Road, in Plattekill, operated by the men. Manuel Cruz and his nephew, Jesus Cruz Mendez, 37, were two of approximately 70 arrests made in the three counties in two days. Moises Cruz was later apprehended in Florida.

Hours before the Upstate arrests, dozens of people were initially detained after a raid at a Queens cockfighting event. Seven of them were charged with felony Prohibition of Animal Fighting. They pleaded guilty in April.

The American Society for the Prevention of Cruelty to Animals® recovered almost 4,000 birds at the farm, which was previously registered as a commercial farm under the name CMC Plattikil, Inc., but had then been unregistered since 2010. The farm had operated under the guise of a live poultry farm and its owners hid thousands of makeshift cages within the center of the property to avoid detection by neighbors and law enforcement. Significantly, well over half of all the chickens seized were roosters, a statistic which is completely inconsistent with the operation of a legal poultry farm. Roosters and chickens were found to be boarded in deplorable conditions.  The owner charged rent to board, feed, and care for roosters that were bred and trained for fighting, with blood sport enthusiasts and rooster owners from NYC, Long Island, New Jersey, Pennsylvania, Connecticut, and Massachusetts boarding, training and sometimes fighting their roosters there. For years, roosters bred and trained at this farm were transported to cockfighting events throughout the region and specifically to the event raided on February 8 in Queens County.  The investigation revealed that roosters were also transported  to the Brooklyn pet shop that was raided as well.

The Attorney General’s OCTF unit was assisted with the investigation by the ASPCA®, which offered its expertise in evidence collection as well as removal and sheltering of the seized animals, the Ulster County Sheriff’s office, which provided physical surveillance, and the Department of Homeland Security (HSI), which provided local aerial surveillance. The New York State Police also assisted with the raids.

Arrests in the case came as investigators raided the cockfighting event at 74-26 Jamaica Avenue in Queens on February 8. While the 70-person event, including bettors and spectators, was busted up, six individuals who had brought and fought birds were charged. The others were released. The ASPCA took control of 65 fighting birds. The ring had been operating bimonthly events there since at least May 2013, when OCTF first began monitoring cockfighting at this location.  At the same time, OCTF investigators executed a search warrant upon Pet NV, a pet shop owned by Jeremias Nieves, located at 71 Central Avenue in Brooklyn. Dozens of fighting birds were removed from a basement beneath the pet shop. The roosters, found in poor condition, had been kept inside individual metal cages and exhibited all the physical hallmarks of having been bred, trained, and altered for fighting.

Cockfighting contraband and implements were found within the basement, including artificial spurs, candle wax, medical adhesive tape, syringes used to inject performance-enhancing drugs to strengthen the roosters’ fighting ability and other cockfighting implements and paraphernalia. The farm was raided the following morning. The two Cruzes were arrested and the roosters were seized. These roosters were bred, trained, plied with performance-enhancing drugs, had razor-sharp gaffs attached in place of their natural spurs and were locked in a small pen to be wagered upon. The ASPCA®'s Field Investigations and Response team was on hand to remove the animals, and identify and document forensic evidence.

Cockfighting is a crime in all 50 states. In New York, cockfighting and possession of a fighting bird at a cockfighting location are felonies. In May 2013, the Attorney General announced his Animal Protection Initiative, which included the goal of shutting down underground animal fighting rings across the state. New Yorkers seeking to give anonymous tips about potential animal fighting rings or report animal abuse should call 1-866-697-3444 and alert their local authorities. For more information on Attorney General Schneiderman’s Animal Protection Initiative, visit www.ag.ny.gov/animals.

The Attorney General thanks the ASPCA®, the Ulster County Sheriff’s Office, the New York State Police and HSI.