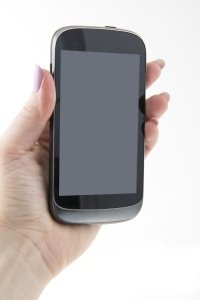 “The time has come for phone carriers and manufacturers to step up to the plate and make the safety of their customers their bottom line,” Attorney General Schneiderman said. “I commend Congressman Maffei for his support and co-sponsorship of this groundbreaking legislation that calls on cell phone carriers and manufacturers to develop and implement the technology necessary to end the violent smartphone theft epidemic. I thank Senator Valesky for joining the Secure Our Smartphones coalition and pledging to do what they can to put a stop to this growing problem. I also want to express my gratitude to Mayor Miner and Chief Fowler, both of whom previously joined the coalition, for showing their support today, and for their unwavering commitment to the safety and well-being of local families.”

“Thefts involving smartphones are on the rise in Central New York and across the nation, endangering people in our community and costing consumers more than $30 billion a year,” said Rep. Dan Maffei (D-Syracuse). “H.R. 4065 would deter smartphone thefts by creating an emergency ‘kill switch’ that ensures stolen devices won’t have value on the black market. This common-sense legislation also takes critical steps to protect consumers by giving them control of their personal phone data.”

“I’m proud to be a member of the Attorney General’s Secure our Smartphones initiative,” said Syracuse Mayor Stephanie A. Miner. “Working together to reduce smartphone theft helps make cities like Syracuse safer. Smartphone theft needs to be tackled on all levels, from law enforcement on the ground all the way to phone manufacturers. I appreciate Attorney General Schneiderman’s leadership and I look forward to continuing to working together on this issue.”

"Smartphone theft is a serious concern in Central New York; many people are injured during these robberies," Senator David J. Valesky said. "The best solution to the problem is to make these phones unusable, and therefore of no value, if stolen. I commend Attorney General Schneiderman for his leadership and look forward to working together on this issue."

“The public needs to be aware of the fact that criminals are targeting smartphones, and that smartphone theft is growing at an alarming rate,” said Assemblyman William Magnarelli. “I commend the Attorney General for recognizing this emerging issue, and for forming the Secure our Smartphones coalition. By bringing together law enforcement, elected leaders from across the country, and consumer advocates, I’m confident we can work to reverse this dangerous trend.”

“The issue of smartphone theft is a growing problem in the City of Syracuse, and it’s why I’ve joined the Attorney General’s Secure our Smartphones coalition,” said Police Chief Frank Fowler. “Even as crime levels drop in most areas, the rise in the number of smartphone thefts is alarming. I commend the Attorney General for partnering with law enforcement agencies and taking a comprehensive approach to addressing this issue. I also look forward to working with him to prevent smartphone thefts in our community.”

Even as most types of property crime are falling, in communities across the United States and in the United Kingdom, the theft of smartphones has spiked dramatically. In the United States, one in three thefts involves a mobile communications device. Consumer Reports estimates that 1.6 million Americans were victimized by smartphone thieves in 2012.

Last year, 50 percent of robberies in San Francisco targeted such a device. In New York City, the number was 20 percent, a 40 percent increase from the year before. In London, although crime overall is falling, offenses such as pickpocketing and bag snatches have risen by more than 15 percent this year. This is mainly driven by the theft of phones, with some 10,000 handsets stolen in the city every month.

Street-level thieves feed a massive global marketplace for stolen phones that is too large or lucrative for any single community to stop. Mobile devices that are reported stolen in the United States and no longer able to access domestic cell networks can be reactivated to work in foreign countries. In Hong Kong, for example, iPhones are worth upward of $2,000 apiece.