The two politicians are pushing for a bonding initiative they say will help New York and those suffering with Alzheimer's. 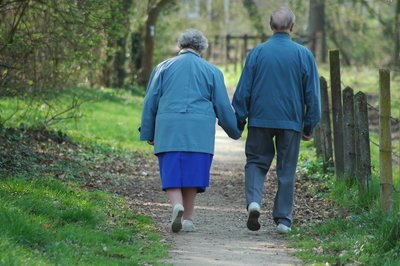 Despite Alzheimer’s being the most expensive to treat disease in the United States, the funding for it is at an all-time low. It’s because of this Congressman Steve Israel and Assemblyman Charles Lavine called on the state of New York to become the center of Alzheimer’s research. Their plan is to do it through a bonding initiative that would fund research, create jobs, and help the 5.2 million Americans suffering with it.

"With the cost of Alzheimer’s to our country expected to skyrocket, researching the disease is not just a matter of compassion for a cure; it is a public policy imperative." Says Representative Israel. "However, with governments everywhere facing ever-tightening budgets, it’s necessary to implement creative funding mechanisms. That’s why Assemblyman Lavine and I are calling on New York State to be a leader when it comes to Alzheimer’s research through a bonding initiative."

According to Douglas Davidson, the Executive Director of the Long Island Chapter of the Alzheimer’s Association, Alzheimer’s is the 6th leading cause of death in the United States and the only one without a cure and way to slow it down. Davidson says, "Investments in Alzheimer’s research today have the potential both to save millions of lives and billions of dollars for the nation’s public health programs."

Caring for those afflicted with Alzheimer's costs the US $203 Billion with the number set to sky rocket to $1.2 trillion by 2050. This number doesn’t include the unpaid hours caregivers spend with their patients.

Associate Professor at Cold Spring Harbor Laboratory, Hiro Furukawa is an advocate for Alzheimer’s research. CSHL has an extensive research program on studying the differences between a sick and healthy brain. He says public funding for Alzheimer’s research is crucial in getting a better understanding of the disease in order to find more effective ways of diagnosing and treating it.

California had a similar bonding initiative in 2004 when voters passed a $3 billion bond to fund stem cell research. The research created jobs and found cures for heart disease, cancer, and strokes. Israel and Lavine are hoping New York State will find the same success with Alzheimer’s research.

"We have the ability to utilize all of these resources to conduct research and clinical trials that could lead us to finding options for those dealing with Alzheimer's; patients and their caregivers." Says Lavine "Without a dedicated funding stream to continue the flow of research dollars we will be standing by while more than five million people suffer from this devastating disease. While treatments for symptoms are available and they can slow the progress of the disease, they're not a cure. We need to find better ways to treat or at least delay its development and improve the quality of life for those suffering from Alzheimer's."