The LIRR and Metro North are looking to install safety monitoring equipment on freight trains that use their railways. 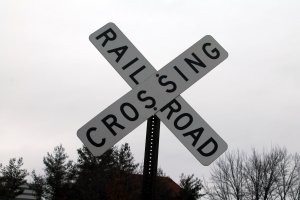 The LIRR and Metro-North Railroad have announced plans to install monitoring equipment known as Train Fault Detector Systems on freight trains which travel over publicly owned tracks. If implemented, the equipment would be able to sense overheated or defective wheels and loads in real time and report data back to the railroads’ control centers.

The system would have three major components: a tag reader that identifies all individual freight cars, a wheel impact detector to recognize flat spots and other defects, and a “hot box” detector to make sure all roller bearings around the axles are rolling properly and not overheating.

“This specialized equipment will improve safety and reduce wear and tear on our tracks,” said Thomas Prendergast, Chairman and CEO of the MTA. “They are intended to identify faults before they cause problems.”

If successful, the equipment could help prevent safety issues and derailments such as the one that took place on the Metro North last year; however, actually implementing the technology will be an arduous process. Due to the complexity of installing the Train Fault Detector System, the railroads intend to ask the MTA for a “Request for Proposal” instead of a basic low-bid contract tomorrow, March 24.

The Request for Proposal would allow both railroads to seek out a vendor they feel confident can adequately design, create, install, and integrate the systems they are seeking, as opposed to settling for the cheapest bidder.

Long Island Rail Road would install its system on the main line west of Bellerose Station, and would work in conjunction with already agreed-upon CSX fault detection systems to improve the safety of New York’s railways.