The snow is coming down faster than plows can clear the roads, causing dangerous conditions for drivers that has even led to an LIRR train colliding with an unauthorized car that ended up on the ... 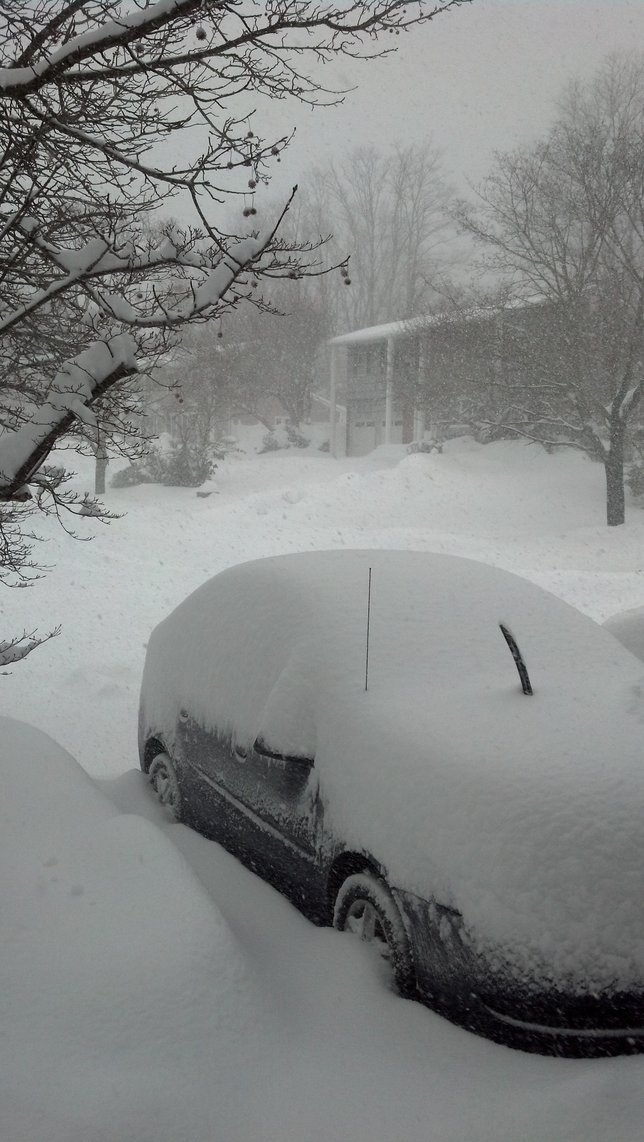 Winter Storm Pax has unleashed its fury on commuters, causing for treacherous travel for all. The National Weather Service issued a hazardous weather statement, saying that travel should be limited to emergencies only.  The Winter Storm Warning will continue through Thursday into Friday morning, so conditions will continue to be dangerous with heavy snow and sleet, and later a mix of rain.  Conditions have already led to dozens of accidents, and a serious accident in which a LIRR train on the Port Jefferson line collided with an unauthorized vehicle on the tracks in Greenlawn. If you must head out, use our transit guide to figure out which routes to take and which services are running on this snowy Thursday:

Driving Conditions
Dozens of traffic incidents have already occurred this morning, as plow trucks are having trouble keeping up with the snow, which is coming down at a rate of about 1-2 inches per hour.  Visibility for drivers is down to a quarter mile or less at times, which is slowing traffic down immensely.  Icy conditions are also affecting some areas.  For the latest on traffic, check out the LongIsland.com Traffic Center for maps of accidents and driving conditions.

According to police, it appeared that the vehicle was unoccupied, leading many to assume that the car got stuck on the tracks in the snow and was abandoned.

The heavy snow accumulation is also causing delays on the Hempstead, Port Washington, and Ronkonkoma lines. Less significant delays of 10-15 minutes are expected to occur on all other lines, so commuters are advised to plan accordingly.

Also, the MTA announced that some LIRR ticket machines are having processing problems due to the cold temperatures.  To make it easier for commuters, the MTA said riders can just pay onboard, and ticket collectors on trains will charge the lower station fare.

MacArthur Airport
Southwest Airlines have suspended service until 1:55 p.m. Thursday, and there are multiple flight cancellations on the U.S. Airways Express and PenAir airlines.  Travelers are advised to contact their airline for the most updated flight information.

Long Island Buses
Significant delays and potential detours are expected for the Suffolk County buses and Nassau County NICE buses. The NICE bus line announced that these delays and detours will particularly affect travel on the North Shore.

For the most up to date weather information, visit the LongIsland.com Weather Center to find the latest weather forecasts, advisories, and more.

Featured Photo: A car is buried under at least six inches of snow. Photo take at 10 AM, February 13th, 2014 in Kings Park.