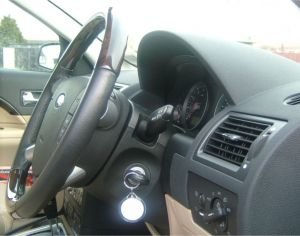 Albany, NY - March 17, 2014 - Governor Andrew M. Cuomo today announced that 8,900 New Yorkers had their driver licenses suspended for failing to pay taxes they owe the State. The crackdown is the result of legislation signed into law last year aimed at encouraging individuals who owe more than $10,000 in back taxes to settle their bills with the Tax Department.

"We are sending a clear message to tax delinquents that they either have to pay the taxes they owe, or face real consequences," said Governor Cuomo. "For many, this message is getting through and as a result thousands of people have come forward to do the right thing and find a way to pay their taxes. Those who haven't are losing their drivers licenses."

“Driver licenses are a privilege, not a right, and this program has prompted unprecedented action from tax delinquents who were otherwise ignoring their debt,” said Commissioner Thomas H. Mattox.  “Thousands have contacted us to do the right thing – pay their tax bills in full, or work with us to arrange a payment plan that satisfies the debt.  Those who continued to ignore their debt have had their licenses suspended.”

In the first round of notifications, more than 17,700 drivers were contacted beginning in August, 2013.  Along with the 8,900 suspensions, 6,500 tax debtors have either paid in full or are making payments on their debt, while 2,300 were determined to be ineligible for suspension.

As a result of the program, tax collections increased nearly $56.4 million on a state and local basis – a 34 percent increase over the initial estimate of $42 million.  The program will continue to raise millions of dollars annually as thousands of other debtors are notified and, ultimately, resolve their debt.

When a driver gets a license suspension notice from the Tax Department, they have 60 days from the mailing date to arrange payment.  If the taxpayer fails to do so, the Department of Motor Vehicles sends a second letter providing an additional 15 days to respond.  If the delinquent taxpayer again fails to make contact, DMV is authorized to suspend the license until the debt is paid or a payment plan is arranged.

A taxpayer who drives with a suspension in effect is subject to arrest and penalties.  Those with a suspended license can, however, apply for a restricted license that allows them to drive to work, and return directly home.

In New York State, 96 percent of taxes are paid by businesses and individuals who voluntarily meet their tax responsibilities.  The remaining four percent is collected through the Tax Department's audit, collections and criminal investigations programs.  Through enforcement programs, such as suspension of driver licenses, the Department ensures fair tax administration for all New Yorkers.