On Jan. 11, 2011, Erich A. Tasiello fled the scene after striking and seriously injuring a 44-year-old bicyclist while driving his 2000 Kia on Merritt Road in North Massapequa. 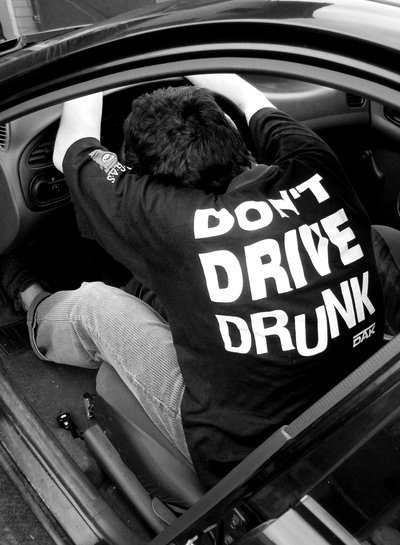 On Jan. 11, 2011, Eric A. Tassiello fled the scene after striking and seriously injuring a 44-year-old bicyclist while driving his 2000 Kia on Merritt Road in North Massapequa. Tassiello had just left The Nutty Irishman in Farmingdale with a blood alcohol content of more than double the legal limit of 0.08 percent. The victim of the accident, Juan Hernandez, later died of his injuries.

In February 2012, Tassiello pleaded guilty at Nassau County court to vehicular manslaughter, leaving the scene of an accident and driving while intoxicated. Assistant District Attorney Michael Bushwack recommended that Tassiello be sentenced to two to six years in prison for his crimes.

But, just two months ago, after serving only one year behind bars and completing the jail’s DART drug and alcohol treatment program, Tassiello was released. Judge Alan L. Honorof promised that if Tassiello completed the DART program he would be eligible for early release.

Honorof also sentenced Tassiello to five years’ probation, a $750 fine and revoked his driver’s license for one year.

“I have had enough time to think about my actions and I am extremely remorseful,” Tassiello, 27, told Honorof on May 6, when he was sentenced to six months time served. “I can humbly say that I will never be back in front of this court for anything, especially [of] this magnitude.”

Brian Griffin, Tassiello’s Garden City-based attorney said he was very pleased and happy as he received updates about his client’s progress throughout the course of this case from the DART program at the jail.

Remarking that Tassiello has been undergoing outpatient substance abuse treatment since his release, Griffin said, “He met each and everything he was asked to do. He met every milestone at the jail.”

But members of the Hispanic community who are not so ‘pleased and happy’ with Tassiello’s progress or his sentencing are sounding out.

“There has always been two systems of justice: One for those who have money, power and influence and another for the poor, no matter what their color, background or nationality,” said Allan Ramirez, a retired pastor of the Brookville Reformed Church and longtime advocate for Long Island’s Hispanic community.

“You are in deep ‘caca’ trying to get justice if your name is Juan Hernandez,” he continued.

Griffin did not return a call for comment on the case; a spokesperson for Nassau County District Attorney Kathleen Rice declined to comment; and after the acting director of the Nassau probation department referred a reporter’s inquiry about Tassiello’s light sentence to a spokeswoman for Nassau County Executive Ed Mangano, she failed to respond to the query.