Senator Schumer has proposed legislation to alter the definition of hard ciders so that more of them will not be subjected to higher wine and champagne taxes, and thus New York growers who have poor ... 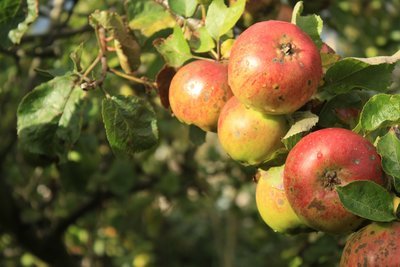 After a rough season for New York apple growers, Senator Chuck Schumer is attempting to cut their losses by proposing a change in the definition of hard cider that will lower taxes on the product so that it can better compete against hard cider producers from other regions.

Schumer’s proposal, the CIDER Act (Cider, Investment & Development through Excise Tax Reduction Act) would increase the allowed alcohol by volume in hard apple and pear cider from 7% to 8.5%.  This allows more hard cider products to be labeled and taxed as hard cider, rather than wine, which is categorized as a fermented beverage with over 7% alcohol by volume.

According to a press release, the new plan will also “address existing tax issues related to carbonation levels in hard cider, and would put the new definition in line with that of the European Union, so producers can better compete with European products abroad.”

Currently, hard cider is affected by carbonation levels in that ciders must stay within a certain range before they are subject to the champagne tax.

Hard cider sales provide a stable income for apple growers, regardless of weather and other factors that affect the yield of apple crops.

“New York is the second largest apple producer in the country, and there’s no doubt it should be at the core of the hard cider industry, which is rapidly growing in popularity,” said Schumer in the release.

“However, current federal tax rules make it extremely costly for New York producers and consumers alike to produce, market and sell this product, which could prevent New York’s hundreds of apple growers and hard cider producers from fully benefiting from the stable income that comes with this new product.”

Apple growers from around across New York harvest 29.5 million bushels of apples annually from over 650 farms. These growers can benefit from joining the hard cider industry, as cider apple trees are not as susceptible to frost and bad weather, and apples damaged by storms that would not sell in stores can still be used for cider.

For hard cider lovers and aficionados, Cider Week will be celebrated in New York City from October 18 through October 27.  For more family-friendly activities, apple lovers can also go apple picking around the island at some of these heralded locations.