A fire that erupted on Thursday in Port Washington was set by roofers, police say. 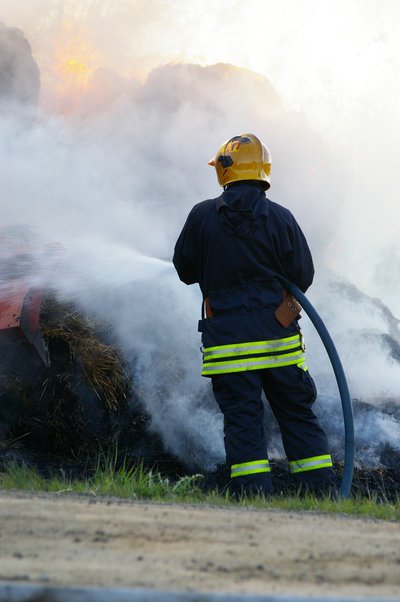 Police say that Thursday’s fire in Port Washington was set by roofing contractors that were wielding a propane torch while working on a building in the town. The fire lasted for more than 12 hours, and left several buildings gutted.

Nassau County police did not release the name of the contracting company, and they say that the fire is still under investigation. However, the roofers are being blamed for the fire that started in the walls of a residential and commercial building close to Main Street.

About 150 firefighters from six different fire departments responded to the blaze, which began around 1:20 p.m. on Thursday afternoon. Over 40 pieces of equipment were used to battle the fire. Departments from Port Washington, Great Neck, Roslyn, Manhasset, Williston Park and New Hyde Park helped fight the flames.

The fire was almost under control by early Thursday evening; however the flames reignited that night. The fire finally came under control around 1 a.m. on Friday morning.

About 30 people are displaced after the fire and are being assisted by the Red Cross. Officials say that 11 apartments suffered extensive damage, and a multiple-block stretch of the town was shut down. Additionally, three businesses were damaged and had to be shut down; Steve’s Barbershop, Yamaguchi Japanese Restaurant and an AT&T cell phone store.

Several other businesses and apartments suffered less severe damage and had to be evacuated.

One firefighter injured his ankle during the incident and had to be treated at a local hospital; however no one else was injured during the fire.

Power was shut down in the surrounding area by the Long Island Power Authority for a short time, and the nearby Long Island Rail Road station was not affected.