A mixed-use building at Herbert Avenue and Main Street in Port Washington went up in flames. The fire went on for hours with the compound of heavy winds and the building being an aged 1926 ... 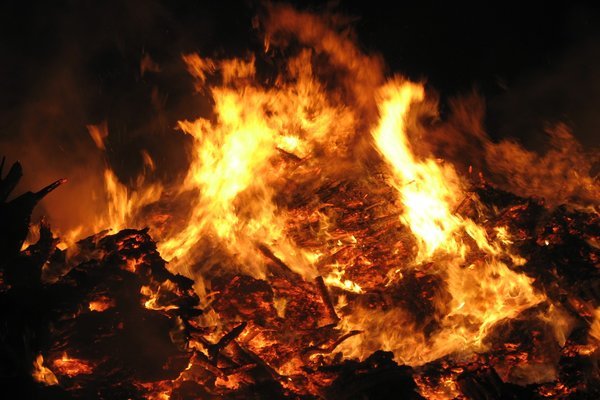 At around 1 p.m. today, a fire broke out at a mixed-use three-story building at Herbert Avenue near Main Street in Port Washington. The heavy flames and smoke continued to billow from the wood structured building that ages itself back to 1926 for hours – into the night.

The fire required the help of 11 town fire departments to fight it. It became a stubborn inferno as heavy winds from today’s weather further ignited the burning of the building.

Power in the area had to be shut off as firefighters were on three tower ladders near power lines. The LIRR Port Washington train station across from the building did not face any service disruptions. Streets in the vicinity were closed off.

Businesses that have been affected by the smoke and water damage include Fusion Wireless, Yamaguchi, Port Washington Florist, Dunkin’ Donuts, Rosa’s Pizza and Port Washington Deli & Catering. There were also 15 apartments that needed to be evacuated.

The Nassau County Red Cross has since set up an emergency shelter for those who have been displaced by the fire at the Port Washington LIRR train station. There were approximately 100 evacuated from apartments who are now spending the night at a senior center.

The only injuries that have been reported are ones to a utility worker that suffered a minor injury resulting from a falling shingle from the building.

The cause of the fire is also still under investigation, but officials have said there were workers at the roof of the building using a propane blowtorch prior to the fire breaking out. The fire also concentrated in the building’s attic.

Officials have not determined the extent of overall structure damage.