This is the second time in two years that Jamal Coombs-McDaniel is facing marijuana charges. 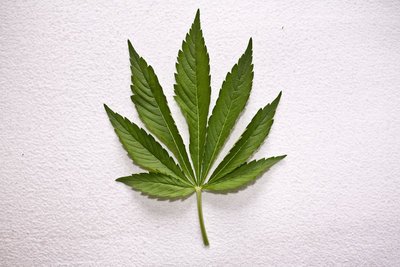 Hofstra basketball player Jamal Coombs-McDaniel was arrested for possession of marijuana after police pulled him over in Brooklyn for a routine traffic stop and allegedly found six marijuana cigars in his car.

Police say they pulled Coombs-McDaniel over for not wearing a seatbelt early Friday morning when they found the drugs in the cup holder of his 2011 Nissan Maxima. He is facing charges of criminal possession of marijuana as well as a traffic summons for not wearing his seatbelt.

This is the second time that Coombs-McDaniel – who transferred from UConn before last season – is facing drug charges. He was also arrested in 2011 for drug possession while at UConn. The 6-foot-7 player was admitted to a drug education program and had to do community service in order to erase the misdemeanor charges from his record. Coombs-McDaniel announced he would leave UConn and transfer to Hofstra shortly afterwards.

He was also suspended for four games earlier this season along with Penn State transfer Taran Buie after both players fell behind academically. There is still no word on what disciplinary action the school will take concerning the most recent charges. Coombs-McDaniel was not expected to return to Hofstra next season anyway.

Coombs-McDaniel has not been a big factor in the Hofstra basketball program over the last semester due to his suspension as well as a knee injury that has left him on the sideline all year. While at UConn two years ago, he averaged 5.6 points per game.

This is yet another time this season that the Hofstra basketball team has been in legal trouble. Four players were arrested and suspended after stealing electronics products from six dorm rooms at the Hofstra campus in Hempstead in early December.

On top of these arrests, the Hofstra men’s program is facing a losing season. However, head coach Mo Cassara was still able to land seven promising recruits as he tries to rebuild the struggling team.