As part of its partnership with the U.S. Environmental Protection Agency's Green Power Partnership, Hofstra University announced that it has increased its purchase of green power 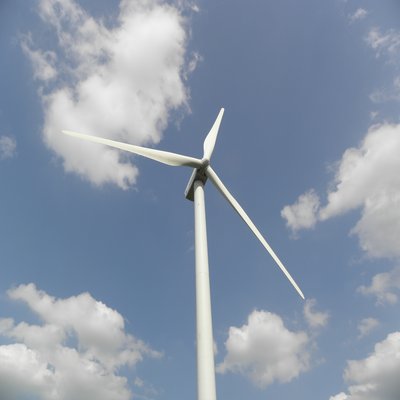 As part of its partnership with the U.S. Environmental Protection Agency’s Green Power Partnership, Hofstra University announced that it has increased its purchase of green power to 6 million kilowatt-hours (kWh) annually—enough to meet 10 percent of the university's electricity use.

Hofstra University is buying renewable energy certificates from OneEnergy Renewables and Sterling Planet, a clear demonstration of the school’s support of cleaner renewable energy alternatives as opposed to traditional sources of electricity generation.

“EPA applauds Hofstra University for increasing its green power purchase and for taking a leadership position on the environment,” said Blaine Collison, Director of the Green Power Partnership. “Using renewable energy dan be one of the most effective ways that a school can address its carbon footprint and make meaningful environmental progress.”

Hofstra University’s green power purchase of 6 million kWh is equivalent to avoiding the carbon dioxide (CO2) emissions of more than 800 passenger vehicles per year, or the CO2 emissions from the electricity use of more than 500 average American homes annually.

“This is a huge honor and we are proud to be recognized by the U.S. Environmental Protection Agency,” said Joseph Barkwill, Hofstra’s vice president for facilities and operations. “Purchasing green power helps our organization become more sustainable, while also sending a message to others across the U.S. that supporting clean sources of electricity is a sound business decision and an important choice in reducing climate risk.”

The Green Power Partnership is a voluntary program that encourages organizations to buy green power as a way to reduce the environmental impacts associated with electricity use. The Partnership has more than 1,300 Partner organizations voluntarily purchasing billions of kilowatt-hours of green power annually, including Fortune 500® companies, small and medium sized businesses, local, state, and federal governments, and colleges and universities.

Comments: Share your comments below or on our Long Island Living Forum.