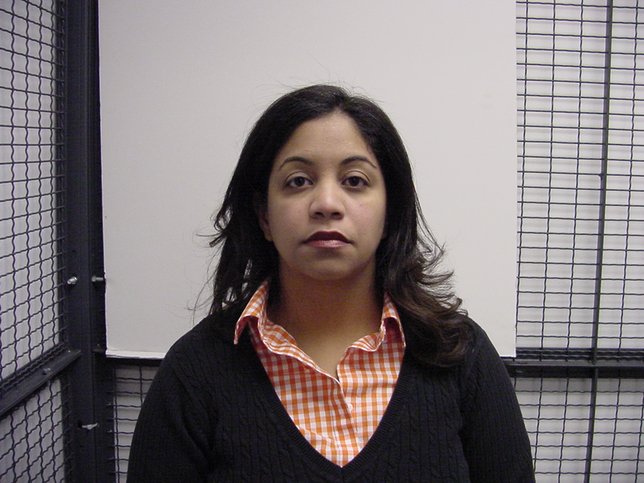 MINEOLA, N.Y. – Nassau County District Attorney Kathleen Rice announced the arrest of a disbarred attorney who is accused of stealing money meant to pay settlements for two clients she represented in June 2013.

Urena de Checo, 39, of Freeport, was arrested today and charged with two counts of Grand Larceny in the 3rd Degree (a D felony). If convicted, she faces up to 2-1/3 to 7 years in prison on each charge. De Checo was arraigned today before Nassau County District Court Judge Rhonda Fischer, was conditionally released to probation, and is due back in court on March 24.

“When people pay money to retain a lawyer’s services, they have a right to representation by an attorney who puts the best interest of their clients above themselves,” DA Rice said. “Clients shouldn’t have to wonder if their attorney is actually working on their behalf, or profiting from their position for their own personal gain.”

DA Rice said de Checo was hired in June 2013 by the owner of a Hempstead barber shop to represent him in a civil matter. The owner gave de Checo $10,000 in cash, which was to be used to pay for a settlement in his case. Shortly thereafter, de Checo mailed a check drawn on an escrow account to the attorney representing the other party; however, the check was returned for insufficient funds. Although de Checo promised to send a new check to the other attorney, she never did so. In addition, she stopped answering calls from her client and did not respond to his letters.

Also in June 2013, a Hempstead restaurant owner hired de Checo to represent him in a landlord/tenant case. The restaurant owner gave de Checo a check for $10,600, which was to be used towards a settlement of the case. The defendant informed her client that the check should be made out to her. However, rather than depositing the check in her escrow account and forwarding payment to the other party in the case, de Checo cashed the check, and did not forward the funds as required. De Checo eventually stopped answering calls from her client about the missing funds.

The cases were referred to DA Rice’s Criminal Complaints Unit for investigation.

De Checo submitted her resignation from the practice of law, and was disbarred on Jan. 29, 2014.

Members of the public suspecting wrongdoing on the part of their attorney can file a complaint with DA Rice’s office at (516) 571-3505.