One day after being involved in a car crash, Suzuki said he feels fine. 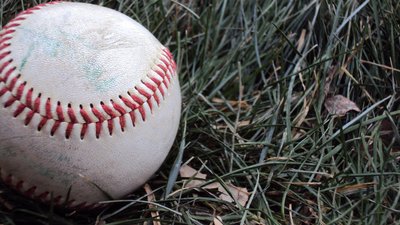 Yankees outfielder Ichiro Suzuki was involved in a car accident on Saturday that left his SUV totaled. On Sunday, Suzuki said that he does not feel soreness, and he is expected to return to play in an exhibition game against the Atlanta Braves.

Suzuki said he was on his way home from a spring training game against Detroit when another driver ran a red light and slammed into his car in the middle of an intersection. The accident occurred in Tampa, Florida.

Suzuki’s car was hit almost head on, toward the driver’s side of the vehicle. The driver of the other vehicle was cited by police. Suzuki was not cited.

There were no major injuries sustained during the accident, and the outfielder said that he does feel any soreness or discomfort.

Suzuki did not make the trip to Fort Myers for the team’s Sunday exhibition game against Boston. The Yankees are off on Monday, and manager Joe Girardi said that he expects Suzuki to return on Tuesday against Atlanta.

While still in the early stages of spring training in Tampa, many Yankees are recovering from injury.

Derek Jeter, who was out for the season last year after breaking his ankle during a playoff game, still has to be able to run the bases at full speed before making an exhibition game appearance. Jeter had surgery a week after the injury, and recovery time was expected to be around five months.

Pitcher Mariano Rivera is recovering from knee surgery; however he was able to throw 21 pitches during a simulated game and said that his next step is to hopefully play in an exhibition game.

Phil Hughes was sidelined two weeks ago due to a bulging disc in his back. There is a chance that Hughes will not be ready for opening day in April.

With Suzuki seemingly fine after the traffic accident, it seems the team dodged another possible injury. “I'm very thankful that everybody was OK," Suzuki said. "I feel grateful that there were no big injuries.