By Christian Abbatecola Published: May 23 2013

Tesla, maker of the Roadster and Model S, has repaid its DOE loan over 9 years ahead of schedule. 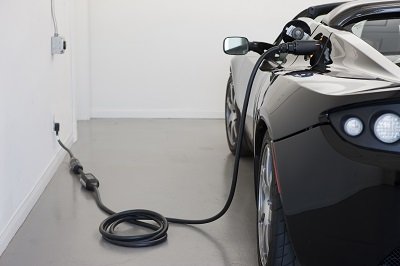 Tesla Motors was understandably dismayed when its name was brought up to criticize the DOE’s loan program designed to help upstart technology endeavors during last year’s presidential debates, but after taking a few small steps to silence the criticisms of Mitt Romney it has now taken a massive leap toward proving its viability. The company dedicated to making top-notch electric cars announced yesterday that it has paid back the entire federal loan with interest.

The Advanced Technology Vehicles Manufacturing loan obtained by Tesla in 2010 was worth $465 million and made on the condition the EV maker raise matching capital from private investors. Tesla began repayment of that nearly half-billion dollar loan this past December as the beginning of what was supposed to be a 10 year process; with yesterday’s transfer of funds the company has repaid its debt almost a decade ahead of schedule.

Funding for this rapid payback came largely as a result of Tesla having just posted its first positive quarter. Stock prices soared after news of Tesla’s newfound profitability hit the market, to which the California-based auto manufacturer responded by selling shares worth approximately $1 billion in total. In its statement to the press, the company was happy to point out that it has now paid back its ATVM loan sooner than Chrysler or GM have repaid their federal bailouts.

“I would like to thank the Department of Energy and the members of Congress and their staffs that worked hard to create the ATVM program, and particularly the American taxpayer from whom these funds originate,” said cofounder and Chief Executive Officer Elon Musk. “I hope we did you proud.”

While all current news seems to be good for Tesla, the manufacturer cannot rest on its laurels if it wishes to maintain its recent profitability. Though it may have paid back its loan quicker than any other auto manufacturer, other alternative energy companies which have received Department of Energy loans have already gone bankrupt. Tesla will need more than a single profitable quarter to prove that it is here to stay and there is a real future for the electric car.