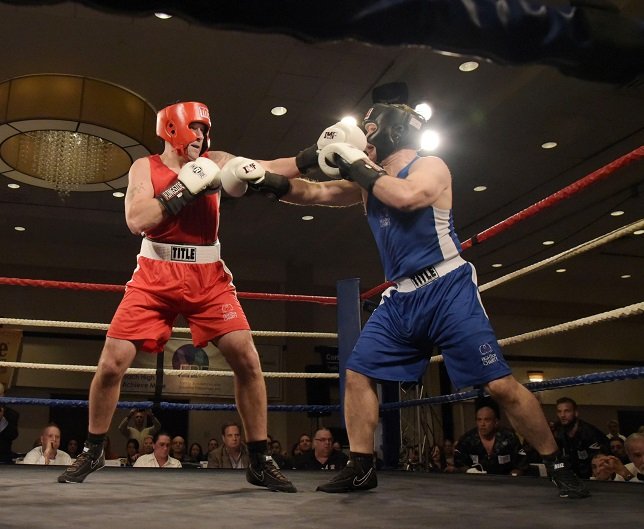 February 24, 2016 – The organizers of the Long Island Fight for Charity have launched its Annual “Call for Boxers.” Long Island Fight for Charity, one of the nation’s most unique charity fund raising and networking organizations, will hold its 13th Main Event in November. The Main Event will feature 10 or more bouts between Long Island business professionals who volunteer as boxers in support of charities serving Long Islanders. To date, over 275 men and women have earned the title of LIFFC Alumni Boxer.
Boxing applications are being accepted now for boxers to enter training and participate in a limited number of Main Event bouts. Men and women interested in becoming a volunteer boxer need to complete an application; obtain medical clearance; make a commitment to train (gym locations to be announced); attend LIFFC events and raise funds for local charities.  Boxing experience isn’t necessary.
To learn more about Fight for Charity and to request an application to become a volunteer boxer go to info@lifightforcharity.org or call (877) 240-7821. For 2015 12th Main Event photos click here.
The 13th Long Island Fight for Charity is scheduled for Monday, November 21, 2016. Over $160,000 raised in 2015 was recently distributed to Long Island charities including: Long Island Community Chest, The Genesis School, National Foundation for Human Potential (FREE), ROHHAD Fight Inc., and Captain Kathy Mazza/Lodge 2163A. Since 2003 LI-FFC has donated over $1 million to local charities.
“Fight for Charity sponsors a series of events throughout the year that bring out the best qualities of the men and women in the Long Island business community. Last year’s Main Event was very successful in terms of attendance, sponsorships and funds raised,” said Fight for Charity Co-Founder Matt Silver. “The dedication and commitment of the boxers was inspiring.  In return we provided the volunteers with a once in a lifetime experience in the boxing ring. We challenge members of the Long Island business community to step up and step into the ring at the 2016 Fight for Charity.”