Joseph Tutaj, a popular 15-year-old Seaford High School sophomore died suddenly on Tuesday during a trip to Disneyland with 80 members of the school band. 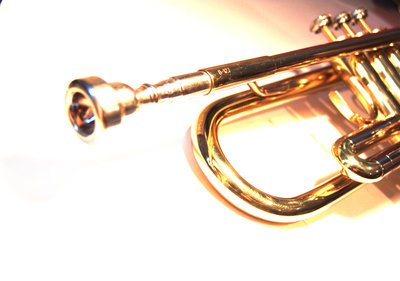 Joseph Tutaj, a popular 15-year-old Seaford High School sophomore, died suddenly on Tuesday during a trip to Disneyland with 80 members of the school band.

Tutaj, a trumpeter for the band, got sick during the trip and suddenly passed out. Too ill to fly home, he was transported to the Ronald Reagan UCLA Medical Center, where he later died. Reports confirm that the illness was not caused by something contagious.

Tutaj called home several days before he died to tell his parents that he was not feeling well and had been taken to the hospital.

"He was fine the first day, and then he was complaining of a fever and not feeling well the next day, and then he progressively got worse," said Shannon Fredericks, a classmate who was on the trip. "He looked really sick."

"He didn't deserve it. Not knowing makes you feel just -- you're eager to find out why, what did he have; what was it?" said Rebecca Tymeck, another friend.

“It’s devastating news. It was a terrible shock for the entire community and we’re going to do our best to support Joseph’s family. It’s a pretty senseless and unspeakable tragedy,” said Seaford School District Superintendent Brian Conboy.

And this is not the only devastating ordeal the Tutaj family is facing. Joseph’s father, Robert Tutaj, 56, is battling late stage cancer, and the Long Island family was forced to relocate after Hurricane Sandy. The teenager’s family is trying to determine the details of this shocking untimely death.

Tutaj’s grieving father referred to his 6-foot-2 son as a “gentle giant” and “the light of his life” and said his son helped the family as they struggled through the devastation following Hurricane Sandy.

Overwhelmed and desperate to know why her son died so suddenly, Tutaj’s mother is in California preparing to bring his body home.

"I'm not sure you can fully move on from this," said Pat Sirota a grieving parent at a prayer service for Tutaj Thursday. "You lose part of yourself when your child dies. I don't know, I don't think they ever fully can move on."

Add your comments to this story below or on our Long Island Discussion Forum.