Richard Scores, Jr., 57, owner and CEO of Westbury Fish Co., allegedly continued to transport and sell goods to Long Island restaurants for months despite being denied a permit. 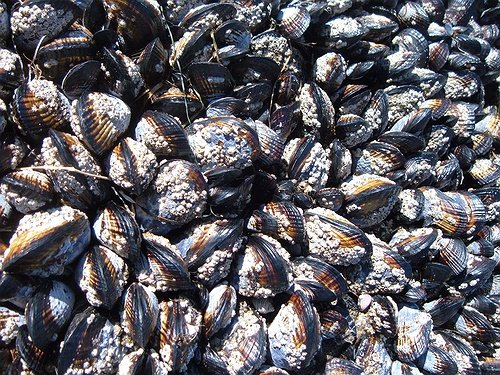 Photo by: teakettle via Free Images

Westbury, NY - February 19, 2015 - Acting Nassau County District Attorney Madeline Singas announced the arrest and arraignment today of the owner and CEO of a Westbury seafood marketing business on charges that he sold over $100,000 in fresh fish and shellfish to Long Island restaurants without the license and permits to do so as a result of a joint investigation with the New York State Department of Environmental Conservation.

Richard Scores, Jr., 57, of Commack, was arrested today by DA investigators and DEC police officers. Both Scores and his company, Westbury Fish Company, Inc., were each charged with the following:

Nassau District Court Judge Frank Doddato released the defendant on his own recognizance. If convicted of the top charge, Scores faces up to 1-1/3 to four years in prison. He is due back in court on March 3.

"Food safety has to be the top priority for everyone in the supply chain. Nassau County consumers rely on the enforcement of government regulations to ensure that safety," Acting DA Singas said. "My office will continue its partnership with DEC to assure that consumers are protected from the elevated risk of food-borne illnesses posed by unlicensed and unpermitted seafood marketers."

Acting DA Singas said that Scores, as owner and CEO of Westbury Fish Co., Inc., a seafood business incorporated in 1996, engaged in both the sale and transportation of marine food fish and shellfish to numerous Long Island and Nassau County restaurants.

The New York State Department of Environmental Conservation (DEC) and DEC Police discovered that since January 2014 both Westbury Fish Co. and Scores had been engaged in the sale and transportation of both food fish and shellfish without the necessary license and permits.

DEC regulations require that shellfish shippers must satisfy very specific criteria regarding the handling, processing, transportation and shipping of shellfish, as well as recordkeeping associated with such transactions, before shippers can be issued permits and be allowed to operate. Because of the unique nature of shellfish and seafood along with its elevated risk of food-borne illnesses and spoilage, these businesses require extra care on the part of its workers and managers and receive great scrutiny from state regulators. New York law requires that permit holders submit to DEC inspections and must not exhibit health and operational deficiencies in their business.

In the case of Westbury Fish Co., after inspections by the DEC had shown that the Westbury Fish facility did not meet the state requirements for issuance of a Shellfish Shipper-Class "A" Permit, the company's application for a 2014 permit had been denied.

Westbury Fish Co. and Scores both face charges for selling and transporting shellfish and food fish without proper permits or licensure to restaurants located in Garden City, Carle Place, Port Washington, New Hyde Park, and Westbury - as well as in Commack in Suffolk County.

No incidents of food-borne illness from fresh fish or shellfish transported and sold by Westbury Fish Co. have been reported.