Man Wanted for Exposing Himself to Children on Long Island is a Registered Sex Offender, Arrest Made

Photos were captured of the man who exposed himself to a young girl at a Target store in Medford. Today, police have made an arrest and have connected him to another incident that occurred in ... 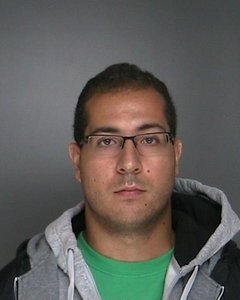 Earlier in the week the Suffolk County Police Department put up information on a cash reward for information leading up to the arrest of a man who exposed himself to an 8-year-old girl at a Target store in Medford on Oct. 10. An arrest has been made today and the man has been identified as Ray Sanchez, 31, of 4 Summercress Lane in Coram.

Police have also connected Sanchez to an incident that occurred on Oct. 15 at the Setauket Elementary School, at 134 Main Street in East Setauket.

Sanchez now faces charges of endangering the welfare of a child, exposure of a person, and public lewdness. He also faces parole violations.

Sanchez is scheduled to be arraigned in court today.