The Nassau County SPCA has released a template of a letter for citizens to email to the DEC to voice their outrage over the proposed management plan that would kill all wild swans. 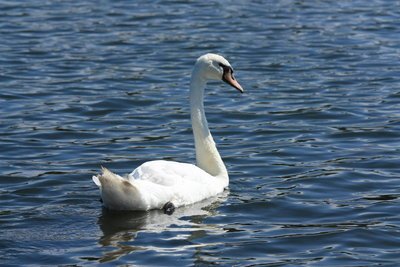 This week, the Nassau County SPCA released a letter that they are asking citizens to email to the DEC in an effort to get the DEC to stop its plan to eradicate the entire mute swan population on Long Island.

The DEC’s swan management plan was proposed back in January, and calls for the non-native mute swan to be listed as a “prohibited species” in the state, and for the elimination of New York’s entire free-range mute swan population by 2025 by using methods that are deemed “safe, humane, responsible, and effective.”  These methods include destroying swan eggs and nests, sterilizing birds, and shooting or catching birds to be euthanized.

The Nassau SPCA writes in their campaign against the swan management plan that due to “the agency's admitted inability to thoroughly quantify species' productivity, migration and survival rates, the draft plan is short-sighted, excessive and an unnecessary attack on a relatively stable mute swan population.”

The DEC states that a main reason for the eradication is the harmful impact of the species on native plant life and water quality.  According to the Nassau SPCA, these studies the cite are “short-term, half-completed impact studies,” and that the results of the effect of mute swan population on the state-protected black tern were “inconclusive.”

The SPCA also went after the DEC’s claim that one of the reasons for the eradication of the mute swan is its aggressive behavior toward humans.

“This implies that these majestic creatures that interact regularly with humans, waterfowl and other species are a grave public threat and somehow behave differently than other wild animals protecting their territory and offspring from danger,” states the campaign letter. “Swan attacks resulting in serious injury to humans are so rare and near physically impossible that the government risks insulting the public's collective intelligence by presenting this as a major reason for extermination.”

The mute swan management plan is of special interest to many Long Islanders, as Long Island and the Lower-Hudson Valley have the largest populations of mute swans in the state, and thus will see the most profound effects of the plan.

To view the template email in its entirety, click here.