NWS Predicts Another 3-5 Inches of Snow Possible for LI

As if we haven't had enough of the white stuff already, with record snowfall levels of 33.5 inches from Nemo in some areas of the Island, the National Weather Service is forecasting the possibility of ... 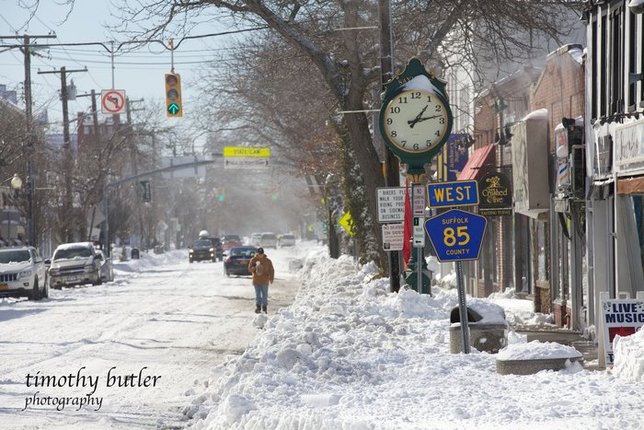 As if we haven’t had enough of the white stuff already, with record snowfall levels of 33.5 inches from Nemo in some areas of the Island, the National Weather Service is forecasting the possibility of an additional three to five inches of snow for our area on Wednesday.

After a daytime high near 40 and chance of precipitation at 30 percent tomorrow, snow is expected mainly between 9 p.m. and 3 a.m. With clouds, low temperatures around 32 and east winds at 5 to 15 mph, new snow accumulations of three to five inches are possible.

The NWS reports that atmospheric disturbances out of the south will help to strengthen a surface low over the Gulf states tonight, which will head northeast and push off the mid-Atlantic coast Wednesday night.

The low tracks well south and east of Long Island, keeping the storm farther out to sea, translating to about one to two inches less in snowfall than originally predicted for the event and making this an advisory level rather than warning level storm.

A weak low will again move across the Great Lakes on Thursday, swinging in a cold front that will lie north of our area. At this point, experts are predicting only light snow, if any, will fall across the Island on Saturday and Sunday.

The NWS advises that keeping informed is one of the best ways to prepare as they continue to closely track the storm.

Share your thoughts and comments about this article below or on our Long Island Living Discussion Forum.