US Sen. Kirsten Gillibrand and US Rep. Richard Hanna yesterday announced legislation focused on improving and expanding access to early learning programs for children from birth to age five. 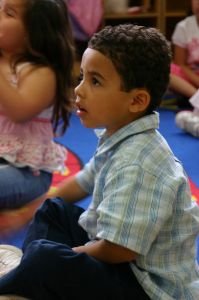 “If we expect our children to walk through the doors of our colleges and universities tomorrow, and succeed in our economy in the years ahead – we need universal pre-k,” said Gillibrand.

“High quality early learning leads to strong cognitive, social, emotional and language development – key skills for a bright future. But for millions of children in struggling families – that is a chance they will never get – through no fault of their own, and for no other reason, than they were born into a life of less opportunity. The block you live on should not determine what chances you get in life. That’s why we need to make the investment today to bring quality, affordable, pre-k to every child in America.”

The senators point to the fact that research has consistently confirmed that high quality early learning programs improve cognitive, social, emotional, and language development and that lowest-income and disadvantaged children are the least likely to participate in preschool programs. Research also confirms that children from middle-class families are only slightly more likely to participate. In fact, among three-year-olds, only 34 percent of children in families earning $50,000 to $60,000 participate in preschool programs, compared to 42 percent of children in families earning less than $10,000.

Hanna said she believes that focusing on early education will reduce spending on entitlements, welfare and incarceration by breaking the cycle of intergenerational poverty. A better-educated, growing middle class, she pointed out, will produce a greater number of taxpayers and a more competitive America.

“…We cannot guarantee every child equal success in life, but we can promise them the opportunity to be successful. I hope this effort is the beginning of a sustained bipartisan conversation on how expanding access to early education will make our economy more competitive and ensure each child has the opportunity to reach his or her full potential. One in four children starts their life in poverty. This bill will help ensure their lives do not end in poverty,” Hanna said.

Include your comments below.