Reductions in Heart Attack Hospitalizations and Number of Students Being Exposed to Second Smoke. 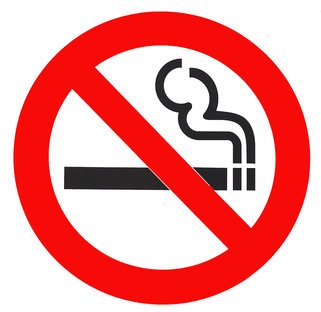 This landmark legislation enacted on July 24, 2003, banned smoking in almost all workplaces, including bars, restaurants, bowling facilities, taverns and bingo halls. In the past ten years, the Act has protected millions of New Yorkers from daily exposure to deadly secondhand smoke and the illnesses it causes. There are now 25 states with similar laws.

“Today marks the 10th anniversary of a law that has protected the health and lives of countless New Yorkers, including our children, and we are seeing the results,” Governor Cuomo said. “Promoting healthier living is something we all must play a part in, and this law has done just that by ensuring cleaner air for workplaces, restaurants and communities across New York State.”

Department of Health Commissioner Dr. Nirav R. Shah said, “New York is a leader in recognizing the importance of people’s right to breathe clean air indoors and out, and live healthier lives. I’m honored to celebrate this milestone in protecting the health of New York families and making New York State one of the healthiest places in the nation to live and work.”

A recent study conducted by the Department of Health (DOH) shows that since passage and implementation of the Clean Indoor Air Act in 2003, hospitalizations for heart attacks has decreased significantly. It is estimated in the first year alone, there were approximately 3,800 fewer hospital admissions for heart attacks with an estimated cost savings of $56 million. Exposure to secondhand smoke has also been reduced. The percentage of middle and high school students exposed to cigarette smoke decreased by at least one-third from 2003-2010.

The study also revealed that ten years later, statewide compliance with the law by bars and restaurants is nearly universal. Observations were conducted in a random sample of 114 restaurants and 173 bars in all 62 counties of New York. Observers looked for presence of smoking and related indicators. In 2003 before the law took effect, fewer than 50% of restaurants were smoke-free. In 2013, compliance was 100%. Just 11% of bars were smoke free prior to the law in 2003. In 2013, 99.4% of bars in the sample were compliant and entirely smoke free.

Recent initiatives surrounding tobacco control in New York State include but are not limited to:

A key focus area of the Prevention Agenda includes reducing illness related to tobacco use and secondhand smoke exposure. One of the goals and objectives of the Plan for 2017 includes decreasing the prevalence of cigarette smoking among adults with incomes less than $25,000 by 30 percent, from 28.5 percent (2011) to 20 percent.

Expansion of outdoor smoke-free areas within New York State Parks and Historic Sites
In May, Governor Andrew M. Cuomo announced the expansion of outdoor smoke-free areas within state parks and historic sites. State Parks expanded upon its smoke-free areas at playgrounds and swimming pools to now include other zones such as specific swimming beaches; pavilions and picnic shelters; developed athletic facilities; boardwalks; outdoor seating areas near food and beverage concessions; areas where outdoor environmental education programs are held; public gardens; areas where children or large numbers of visitors congregate; and within 50 feet of buildings.

Smoke-Free Playgrounds
In July, Governor Andrew M. Cuomo signed a bill that will ban smoking at playgrounds where children under the age of 12 are present between sunrise and sunset. The law which will take effect in October is meant to protect the health of children who are more vulnerable to the effects of secondhand smoke than adults.