How to Watch Super Bowl XLVIII Online and On the Go

Not everyone gets to be home to watch the big game on their big screen, but there are now several streaming options for web enabled devices. 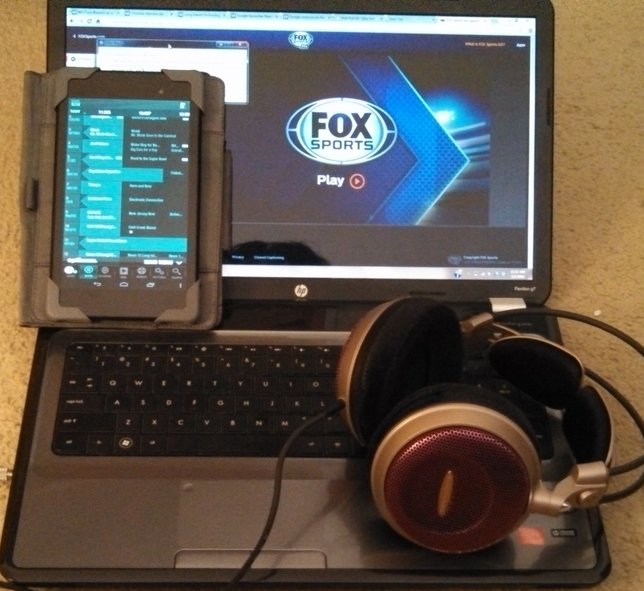 The Super Bowl has long been established as a sort of unofficial holiday in America. Friends and family gather together to watch the big game; foodies spend the day prepping and cooking a smorgasbord of finger foods and other delectable dishes to make, making a veritable feast out of Buffalo wings and any number of dips; football fans plop down in front of the TV to watch the game and even those who don’t particularly care for the country’s most popular sport get a kick out of the funny commercials and the halftime show.

Unfortunately, not everyone gets to be home during the big game, and there is always the outside possibility that an unexpected power outage or TV problem could ruin an otherwise festive night. For those stuck at work, on the go, or who simply want a “plan B” in case their cable or satellite feed goes awry, there are thankfully several ways to watch the Denver Broncos take on the Seattle Seahawks without a TV or a cable box.

Stream the Game onto Your Desktop
If you find yourself stuck in an office tonight—or anywhere else that lacks an HDTV but has a reliable broadband connection, for that matter—you’re in luck. Fox Sports will be airing the game in full on its website without charging any extra fees. You can even catch the network’s hours of pregame coverage to help pass the time before kickoff.

Watch it On Your Tablet
For those not at a desktop or laptop, Fox still has another viable streaming option. Super Bowl XLVIII will also be available on iPads and select Android tablets (including Kindle Fire) through the “Fox Sports Go” app (not to be confused with the “Fox Sports” app). Users can download the app via Apple’s App Store, the Google Play Store, or Amazon’s App Store. Pregame coverage will be available as of 12 PM, and those with cellular data plans or access to a hot spot will be able to watch from anywhere.

Catch the Game On a Verizon Phone
Licensing deals have ensured that the NFL Mobile app won’t be of very much use to those who are not on the Verizon network, but for those who do have a smartphone through Verizon this provides another option to catch the game on the go. There is a $5 monthly charge to livestream games through this app, but it may be the most viable option for BlackBerry and Windows Phone users (the app is available on Android and iOS as well).

Listen in with NFL Audio Pass
If you’re not going to watch the game but still want to follow along you can still listen in with the NFL Audio Pass. Be aware that this option comes at the cost of a $9.99 monthly subscription, so it may be more cost effective to stream a video feed and ignore the screen if possible.

Use the Optimum App
Cablevision’s Optimum TV service has its flag firmly planted on Long Island, and for those of us who subscribe to this television provider there is the option to watch Fox’s broadcast through the Optimum App. This application is available for laptops, iOS, Kindle Fire, and many Android devices, giving a wide variety of users access to the any channel through their second screen. The app, however, only allows you to watch video when signed on your home network, meaning that this option will be of limited use. You may not be able to take advantage of the Optimum App at work or elsewhere, but if you’ve somehow lost the fight for the TV with a member of your household who doesn’t watch football, or if your TV is out of commission this app could be vital alternative to the television.

YouTube Ad Blitz
If you love Super Bowl commercials but would prefer not to watch the game at all, YouTube’s Ad Blitz will allow you to see all the hilarious TV spots and even vote on your favorites.

A giant HD TV with high quality surround sound speakers may be the best way to watch the game shy of actually going to MetLife Stadium (and those who are going certainly got caught a break in the weather), but for those who cannot be at home there is a growing trend of web and mobile access to the Super Bowl ensuring that everyone can get their football fix.