16 defendants are facing multiple felony counts in connection to a conspiracy to collect illegal insurance payments by pretending to be injured in staged car accidents. 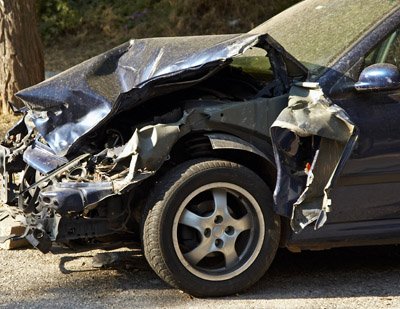 The charges against them include insurance fraud, grand larceny and falsifying business records, along with conspiracy to commit those crimes.
“This all-too-common staged accident scheme puts innocent lives in danger so perpetrators can rip off the system to make a quick buck. Breaking up these criminal operations means safer streets and a fairer market for consumers whose insurance premiums skyrocket as a result of this kind of fraud,” Attorney General Schneiderman said in a statement.
According to the Attorney General’s office, the defendants conspired to collect illegal insurance payouts by arranging and participating in six different accidents, five of which occurred in Brooklyn and the other in Staten Island between October 2009 and June 2011.  Some participants were drivers and others agreed to be passengers.
The first staged crash took place on October 29, 2009, a driver and a passenger intentionally crashed into a livery cab on Staten Island, and then pretended to be injured.  New York’s “No-Fault” law, which requires providers to cover a wide range of medical and health services for injuries sustained in a car crash, as high as $50,000 per person.  Insurance providers are also required in some cases to pay a victim of a motor vehicle accident in a bodily injury lawsuit.
The defendants agreed to participate in the staged accidents in exchange for an upfront payment, and then future payments expected from bodily injury lawsuits.  After being treated at medical clinics, the defendants submitted insurance forms with falsified accounts of the accidents and their injuries, often citing localized pains.  Only two defendants were successful in receiving a settlement from a bodily injury lawsuit, totalling $13,500.
In another case, five of the defendants are charged with the highest level of insurance fraud and grand larceny charges for planning an accident involving a city bus.  The defendants boarded a bus on June 19, 2011, while another participant operating a rented U-Haul van purposely crashed into the bus at the intersection of Dumont Avenue and Grafton Street in Brooklyn.  The five passengers pretended to be injured.  Each of these defendants face up to fifteen years in prison.
The plan involving a U-Haul truck and a city bus had previously been carried out with two different defendants in April 2010.   The three other crashes included staged collisions between rented vehicles, private vehicles and livery cabs.
“This category of insurance fraud serves not only as a substantial and unjustifiable burden upon the public treasury, but it is also a direct threat to the physical safety of our bus customers and bus operators,” MTA New York City President Thomas Prendergast said.
“Using a staged accident to commit no-fault insurance fraud is a serious crime that needlessly drives up the cost of insurance and potentially endangers the well-being of innocent New Yorkers,” said Benjamin Lawsky, the Superintendent of Financial Services, adding that the DFS will continue to work with law enforcement to end no-fault insurance fraud.
Share your thoughts on this article by posting a comment below or by visiting our Long Island Living discussion forum.