Hundreds of mourners gathered at the Church of Saint Joseph in Manhattan Saturday to bid final farewell to Avonte Oquendo. 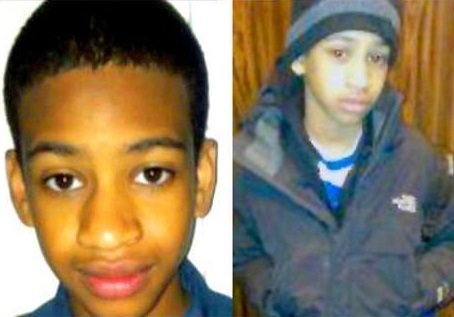 Hundreds of mourners gathered at the Church of Saint Joseph in Manhattan Saturday to bid farewell to Avonte Oquendo, the autistic teenager who went missing more than three months ago from his Long Island City school.

The funeral mass was led by the former archbishop of New York, Cardinal Edward Egan, who, according to CBS News, called Avonte a strong, courageous young man who handled autism with immense grace and nobility.

Following an exhaustive 16-week search by the NYPD and hundreds of volunteers, the medical examiner’s office confirmed on Jan. 21, 2014 that remains found along the East River in College Point were a match for the 14-year-old severely autistic boy.

After the initial remains were uncovered, teams of police divers and investigators eventually discovered more body parts, together with clothing that matched what the teenager was wearing when he was last seen.

“The DNA has verified that indeed the remains that were found are those of Avonte,” the family’s attorney said.

Since the first day he went missing, Avonte’s mother, Vanessa Fontaine, never gave up hope that her son would be found alive. Even after search efforts were scaled back, Fontaine continued with resolute determination to find out what happened to him. “I can’t give up that hope. What mom would?” she said.

Family, friends and even strangers gathered to say good-bye to the boy whose story touched so many lives.

“I think that we all feel like we’re part of this since we all saw his image for so long and we were all praying he would be found,” mourner Carolyn McCrory said.

“We in pain. We just need everybody’s help. We in pain right now. Stay with us and help us,” Avonte’s cousin Kirk Patrick implored.

“Just love one another. It shouldn’t take a lost soul for us to come together in unity. I know he’s resting in peace,” she said.

Still without answers as to how Avonte was able to walk out of the school, the family said they plan to file a wrongful death lawsuit against the city.

In response to the tragic loss of Avonte Oquendo, Senator Schumer has introduced legislation dubbed “Avonte’s Law,” which would create and fund a program to provide voluntary tracking devices if passed. Parents who choose to opt in to the program would be able to track children with Autism Spectrum Disorders who are at risk of “bolting” from schools and caregivers.

“The tragic end to the search for Avonte Oquendo clearly demonstrates that we need to do more to protect children with autism who are at risk of running away,” Schumer said. “Thousands of families face the awful reality each and every day that their child with autism may run away. Making voluntary tracking devices available will help put parents at ease, and most importantly, help prevent future tragedies like Avonte’s.”

Potential tracking devices include tamper-proof wristwatches and anklets as well as clips for belt loops or shoelaces, and specially designed clothing. Similar technology is already in place for seniors with Alzheimer’s disease.