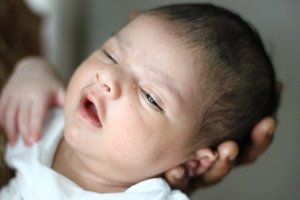 Washington, DC - September 10, 2013 - Today, U.S. Senator Charles E. Schumer announced that the Food and Drug Administration (FDA) has heeded his call to require new labels on opiates that clearly warn pregnant women of the dangers of chronic opiate use during pregnancy, which can lead to a number of health problems in children. Last year, Schumer launched his plan to combat the alarming trend in New York and across the nation of infants being born addicted to prescription painkillers or other opiates, known as Neonatal Abstinence Syndrome (NAS) or Neonatal Opioid Withdrawal Syndrome (NOWS). Schumer underscored the importance of combating this issue with new labeling requirements, and wrote to FDA Commissioner Margaret Hamburg urging the FDA to do everything possible to help pregnant women and their health care providers avoid medications that may increase the risk of dependence during pregnancy. Schumer today announced that the FDA will be issuing a new boxed warning on all extended-release and long-acting opioid analgesics cautioning that use during pregnancy may result in serious negative side-effects, like low birth weight, birth defects and even long-term impairments in the way children learn.

“The FDA’s new labeling requirements will clearly and prominently warn women of the dangers of chronic opiate use during pregnancy – it will be a crucial treatment in the battle against infant opiate addiction and withdrawal syndromes, and I’m pleased that the FDA heeded my call,” said Schumer.  “Across the board, more informative labeling will help doctors and patients alike identify and mitigate the risks posed by these addictive and often-abused prescription drugs.  One baby born with NAS or NOWS is one too many, and I am pleased the FDA put forth these new labeling changes to help address this disturbing trend.”

Neonatal Abstinence Syndrome can lead to a number of disturbing health problems in children, such as low birth weight, birth defects and even long-term impairments in the way children learn. In 2012, Schumer highlighted that the number of babies born addicted to prescription opiates had nearly tripled in the past decade, according to the latest data. In the Journal of the American Medical Association (JAMA) study published in May, it was revealed that approximately 3.4 of every 1,000 infants born in 2009 suffered from NAS – roughly one infant born with the syndrome every hour.

NAS is the withdrawal response that occurs when an infant is exposed, in utero, to addictive drugs being taken by the mother. NAS symptoms are characterized by irritability, tremors, hypertonicity, vomiting, and diarrhea. Schumer noted the devastating impact that NAS has on babies and their development. Drug exposure in utero has been shown to reduce birth weight and head circumference in infants. There are also long-term cognitive and behavioral problems associated with infants who have NAS. Beyond the devastating personal toll, the AMA study showed that the public cost of NAS is growing exponentially. In 2000, total hospital charges associated with NAS amounted to $190 million; by 2009, they had risen to $720 million, and about three quarters of these costs are financed through Medicaid.

On October 15, 2012, Schumer called on the FDA to do a better job informing patients of the dangers of prescription drug use during pregnancy and to provide clear labels so that women and doctors know the potential dangers of the medication they’re taking, particularly for painkillers.

Schumer today announced that, after his push, the FDA is instituting class-wide safety labeling changes, including a new boxed warning on neonatal opioid withdrawal syndrome and new postmarket study requirements for all extended-release and long-acting opioid analgesics intended to treat pain. The labeling changes will include new language to help health care professionals tailor their prescribing decisions based on a patient’s individual needs. The FDA is also requiring drug companies that make extended-release and long-acting drug products to conduct further studies and clinical trials. FDA is requiring a new boxed warning on these drug products warning that use during pregnancy can result in neonatal opioid withdrawal syndrome.

The announcement of set measures can be found here: http://www.fda.gov/NewsEvents/Newsroom/PressAnnouncements/ucm367726.htm