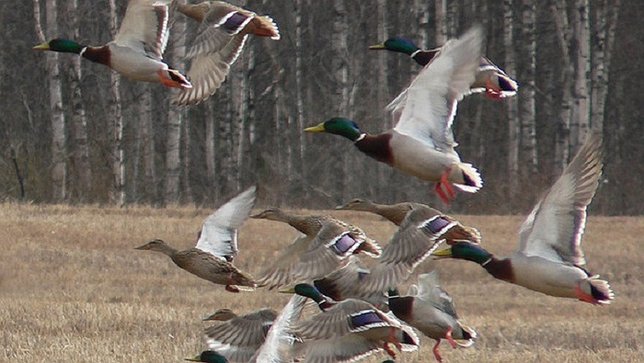 DEC established hunter task forces in 1997 to get specific recommendations for duck hunting season dates for areas of the State where hunter preferences vary widely. These Waterfowl Hunter Task Forces have helped DEC establish season dates that provide equitable duck hunting opportunities for the various interests in each zone.

DEC has appointed task forces for the Western, Southeastern, Northeastern and Long Island Waterfowl Hunting Zones. The names and contact information for current year members is provided below. Each Task Force includes regional representatives from the New York State Conservation Council (NYSCC), established waterfowl hunting organizations, and individual waterfowl hunters who were chosen to provide a broad range of input. Task Force members act as representatives of all duck hunters in each zone, and they meet in spring to recommend a season for the coming year that best satisfies the diverse interests.

There is no task force for the Lake Champlain Zone because seasons there are set by the Vermont Fish and Wildlife Management Board, with consultation from DEC and input from hunters in New York and Vermont. Although there is no formal task force for this zone, interested hunters may send their input directly to DEC for consideration.

Waterfowl Season Task Force meetings are held in March through the first week of April to provide the DEC with recommended season dates for the upcoming hunting seasons in each zone. Input on future season dates (2017-2018) may still be submitted for consideration through February 19th, 2017. Input on hunting seasons for migratory game birds, including Canada geese, snow geese, brant, woodcock, snipe, rails and crows can be provided by e-mailing the Waterfowl Season Input mailbox (please leave "2017-18 Waterfowl Season Input" in the subject line ).

To make it easier for hunters to provide their input and opinion on waterfowl hunting seasons to the appropriate task force, DEC has created a new input form. Your individual, and collective, input will be provided to the task forces to help inform their decision process.

If you prefer, or have additional comments, input on duck seasons may be provided by contacting any Task Force member directly, or submit your comments using the link below and we will forward those to all members. Specific suggestions for opening and closing dates, including "split seasons" that divide the season into two periods (if desired), would be most useful. The recommended dates should be within the federal guidelines expected for the coming year, which is a 60-day duck season in each zone, split into no more than two segments per zone, and opening no earlier than the Saturday nearest September 24 and closing no later than the last Sunday in January.

Input on hunting seasons for Canada geese may also be provided to Task Force members. Suggestions for opening and closing dates and season splits should be within the federal guidelines expected for the coming year, which is specific for each of the nine Canada Goose Hunting Areas. To learn more about the federal guidelines and understand why Canada goose hunting seasons and bag limits are structured the way they are in NY, please read Status of Harvests and Populations of Canada Geese in New York (PDF, 1.12 MB ). For written descriptions, maps, or a google earth file of these Goose Hunting Areas see Goose Hunting Area Boundary Descriptions.

To view the most recent waterfowl hunting seasons, go to the Waterfowl Hunting Seasons page.