Kittens from Last Hope Animal Rescue in Wantagh and North Shore Animal League in Port Washington will be going head-to-head at the first ever Kitten Bowl to raise awareness about cats and kittens in shelters ... 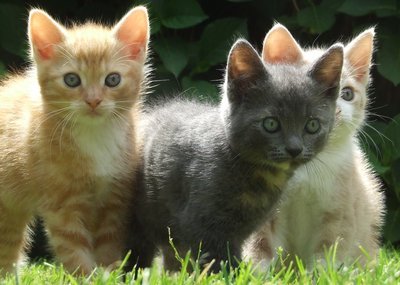 In the largest event to raise awareness about homeless cats, kittens from two shelters in Nassau County will be in the spotlight Super Bowl Sunday, February 2, as they compete in the first-ever “Kitten Bowl” on the Hallmark Channel.

The Last Hope Lions from Last Hope Animal Rescue in Wantagh were one of four groups chosen to play in the three-hour special.  The Lions are a group of young tabby kittens that were rescued from a yard in North Babylon. They were given stage names for the special event, and will be playing under parody names such as Tabby Romo and Brett Furve.

Each shelter participating went with a fur color to be able to distinguish between teams.  The Last Hope Lions are an all-tabby team, whereas the North Shore Bengals are orange and white.  Also competing are the Cedar Grove Cougars in gray and white, and the Home and Family Felines in black and tuxedos.

All of the kittens playing on both the Last Hope and North Shore Animal League teams were quickly adopted, but their appearance on the Kitten Bowl is to more than just get the players adopted, but to raise awareness as to how many kittens and older cats are in shelters waiting to be adopted.

The Kitten Bowl will air on the Hallmark Channel on February 2 at 12 p.m.