The Ducks won five of eight games last week, and have nine games remaining before the all-star break. 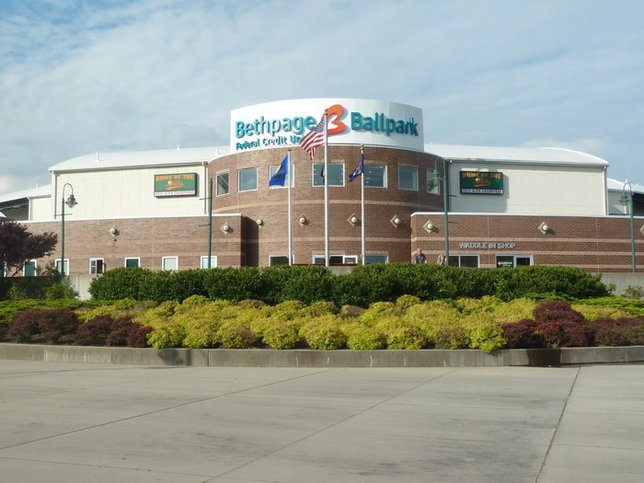 The Long Island Ducks continue its four-game series against the Somerset Patriots this weekend, after dropping the first game of the set last night, 4-2.

Most of the scoring was done in the early innings on Friday night. After posting a run and two runs in the second and third innings respectively, the Patriots had built a lead that the Ducks would not be able to overcome.

Adam Bailey did smash a two-run homerun in the fourth inning for the Ducks to cut the lead to 3-2, but that would be all Long Island could get across the scoreboard.

Patriot’s starter David Harden stifled the Ducks offense over five plus innings, and improved his record to 9-2.  The Ducks were able to put guys on base all evening, but left 10 on base and could not get a clutch hit with a runner in scoring position.

The loss came on the heels of a good week for Long Island as they were home comfortably for eight straight games. The week began `with a series win over the Sugarland Skeeters paced by a five run third inning which opened up the lead for good.

Former major leaguer’s Bill Hall and Ramon Castro each mashed two-run homeruns as a part of that third inning, while P.J. Phillips notched a solo homerun.

Ducks starting pitcher Matt Way threw five scoreless innings and struck out five Skeeter hitters. The Ducks bullpen made it more interesting than they would have liked, allowing a run in the seventh and five runs in the ninth inning, giving themselves an opportunity with runners on base in the ninth.

Jared Lansford shut the door for Long Island for his second save of the season. Bryant Nelson smashed his eighth homerun of the season in the seventh inning, and the long ball continues to be the catalyst of the Ducks offense.

Following the series with the Skeeters, the Ducks played five straight games against the Bridgeport Bluefish. After splitting a doubleheader to open up the series, the two teams faced off in a slugfest that saw the Ducks mash three homeruns en route to an 8-7 victory. Bill Hall, Joash Brodin and Adam Bailey hit balls out of the park to outpace the potent Bluefish offense. Jared Lansford picked up his third save of the season by recording the final five outs of the game.

The Ducks and the Bluefish would split the final two games of the series to wrap up the Ducks home stand.  They went 5-3 and will continue their weekend series with the Somerset Patriots today. The Ducks have nine games remaining before the All-Star Game break, and will return home next week to take on the Patriots and Bluefish.

Danny Perales continues to lead the Ducks in homeruns (11) and runs batted in (41). Joash Brodin leads the team in hitting with a .332 average, and has 21 more hits than the next best hitter in the Ducks lineup.

The Ducks starting rotation has been much improved from the beginning of the season. Dontrelle Willis has an earned run average of 2.92, and James Houser is 6-0 with a 2.62 earned run average. The Ducks pitching will be the key going forward.

Long Island still sits six games behind the Southern Maryland Blue Crabs in the Liberty Division as we approach the all-star break and midpoint of the Atlantic League season.