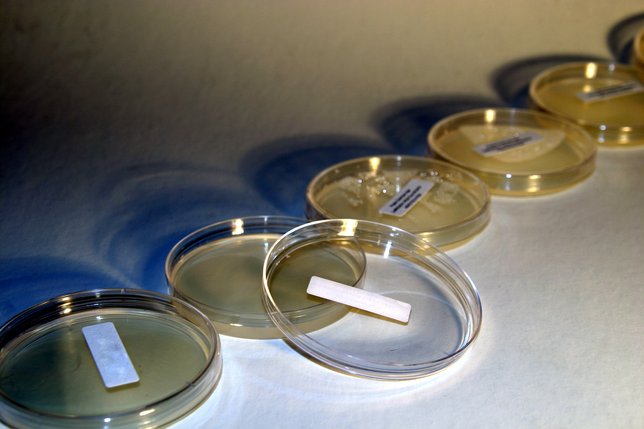 Albany, NY - August 6, 2014 - Governor Andrew M. Cuomo today announced that more than $14 million in funding is available to promote and support stem cell research in New York State. Stem cell science is widely viewed by experts as the key to understanding and treating many of the most devastating conditions affecting New Yorkers and people worldwide.

“Providing teachers with access to advanced learning opportunities is one of the best ways that we can help them empower today’s students to become tomorrow’s researchers,” Governor Cuomo said. “The Empire State is proud to be a leader in many health-related fields, and it is my hope this program will help more New Yorkers define the face of modern medicine for years to come.”

Hands-on stem cell research opportunities will be made available to middle- and high-school biology teachers through programs developed by not-for-profit or public colleges and universities. Teachers will spend six-to-eight weeks conducting research in a stem cell laboratory and will carry their experiences back to students in lesson plans or hands-on activities to foster interest in stem cell research.

The teacher training program aims to increase the supply of future stem cell scientists by offering real-world experience that teachers can share with students who are exploring science and technology as a potential career path. It will also cultivate relationships between researchers at academic institutions and middle- and high-school teachers.

The RFA is available here. Applications are currently under review, and up to $2.7 million is available to support approximately four awards.

The Informal Stem Cell Education through Museums and Science Centers RFA seeks to reach diverse audiences with informal education programs on the fundamental principles, benefits and challenges of stem cell science and research. This form of “accidental learning” will be conducted through public museum and science center lecture series, web-based interactive instruction and programming, discussion groups and other methods that are meant to be both enjoyable and educational.

NYSTEM will award as many as 30 two-year contracts, totaling up to $4 million, through this RFA. New York State science museums and science centers that focus on human, animal or plant biology and have a Board of Regents Absolute Charter are eligible to apply. More information, including a list of eligible organizations, will be available at here. Applications are due by September 17, 2014.

Because of the success of the first round of funding, NYSTEM has reissued its Institutional Training program RFA. It supports direct training and career development for aspiring stem cell scientists. Eligible not-for-profit or government institutions may apply for a total of $7.5 million in funding for up to five years each. NYSTEM will make awards to up to four organizations to support pre-doctoral and post-doctoral fellows. The RFA is available here, and applications are due on August 21, 2014.

The New York State Stem Cell Science (NYSTEM) Program
NYSTEM is New York State’s multi-million dollar stem cell research funding program, the second largest in the nation. It works under the guidance of the Empire State Stem Cell Board, whose mission is “to foster a strong stem cell research community in New York State and to accelerate the growth of scientific knowledge about stem cell biology and the development of therapies and diagnostic methods under the highest ethical, scientific, and medical standards for the purpose of alleviating disease and improving human health.” Through NYSTEM, New York State has invested more than $300 million at 35 New York State institutions for research, infrastructure and education since its inception in 2007.

The Empire State Stem Cell Board was created to advise the New York State Commissioner of Health regarding the NYSTEM program. The Board functions through two standing committees established in the Public Health Law. The Funding Committee oversees the solicitation, review and award of research grants. The Ethics Committee is charged with making recommendations to the Funding Committee with respect to scientific, medical and ethical standards related to stem cell researc