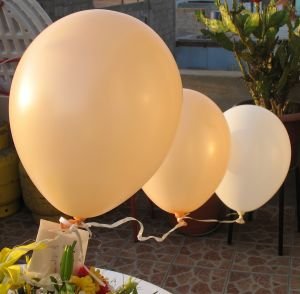 Washington, DC - September 19, 2013 - Today, U.S. Senator Charles E. Schumer announced that the Senate has passed an amended version of H.R. 527, the Responsible Helium Administration and Stewardship Act to keep the Federal Helium Reserve in Amarillo, Texas from pending closure expected as early as this month, by a vote of 97-2. Schumer has made keeping the federal helium reserve open a priority in 2013, due to its negative impact on the availability of helium for critical applications, such as high-tech manufacturing, medical procedures, chip manufacturing. Schumer said that the Senate-passed bill is an amended version of the bill recently passed by the House of Representatives, and a final deal is within reach.

The Federal Helium Reserve currently provides approximately half of all domestic helium needs. Instability in the domestic helium supply and the pending closure of the federal helium reserve could have ramifications for suppliers like Praxair in Buffalo, and a number of their customers in Upstate NY, including: Corning Inc., Roswell Park Cancer Institute, Dresser-Rand, and Buffalo based research engine CUBRC. It would also impact chip manufacturing at GlobalFoundries and IBM. IBM has also noted that a steady supply of helium is critical to the success of a new line of mainframe computers the company has developed, which is being partially assembled in New York.

“Thanks to the Senate passage of the Responsible Helium Administration and Stewardship Act, New York hospitals, the chip industry and other high-tech companies will not go over the helium cliff. I have made it a top priority in 2013 to ensure that our national helium supply be maintained, especially because a healthy reserve allows American semiconductor manufacturers, like GlobalFoundries and IBM, and places like Praxair, to create good-paying, high-tech jobs in upstate New York. High-tech manufacturers throughout the country rely on a steady supply of helium gas in order to stay open for business and this compromise legislation, which is an amended version of House-passed bill, is the makings of a final deal that will ensure a steady supply of this vital resource,” said Senator Schumer.

Schumer is an original cosponsor of S. 783 the Helium Stewardship Act of 2013, introduced by Sens. Ron Wyden (D-OR) and Lisa Murkowski (R-AK), which aims to re-authorize the operation of the federal helium reserve, promote the responsible management of Federally-held crude helium assets, and to stimulate future development of private sources of helium. Schumer said that he pushed to make sure that the amended version of H.R. 527achieved the same goals as S. 783 and will help secure and preserve reliable helium supplies for important commercial users like the New York semiconductor industry, a major job-creator in upstate New York. Schumer said that the House of Representatives passed a more extreme, impractical bill that could disrupt supply for Upstate New York high-tech chip manufacturers like GlobalFoundries because of an aggressive approach that would almost immediately open up 100% of the reserve to semi-annual private auctions, as opposed to honoring existing supplier contracts.

This measured, phased approach the Senate is taking is gradual and would work in three phases:

In 1996, Congress passed the Helium Privatization Act, requiring the Federal Helium Reserve to shut down once the reserves run out of supply or when the reserve's $1.3 billion debt, incurred over 50 years in order to build up the nation's helium stockpile, is re-paid. The intention of the 1996 law was to wind down the Reserve’s debt by selling the majority of all the available crude helium left in federal lands by 2015 and have private suppliers fill the void in domestic helium supplies. However, due to price controls and other logistical hurdles, billions of cubic feet of helium that could last through 2020 still sit in the Reserve and industry still relies on the Reserve for half of its domestic supply needs. The current authority to operate the Federal Helium Reserve expires on October 7, 2013. Schumer noted that time is running out, and Congress must act swiftly to extend the life of this critical resource for companies like GlobalFoundries and IBM.

The substitute amendment to the Responsible Helium Administration and Stewardship Act passed by the Senate, that Schumer pushed to bring to the Senate floor would authorize the Secretary of the Interior to continue selling federally-owned crude helium at market prices and promote new strategies to produce and preserve domestic helium sources. Schumer has been discussing the need for the legislation with major New York chip-makers like GlobalFoundries and IBM, who consider reliable and inexpensive helium a critical aspect of their business, and urged the Senator to prioritize passage of the reforms.

The Senate bill aims to secure long-term access to the Bureau of Land Management's crude helium for all federal users at a fair market value for US taxpayers. This proposal would rework the Federal Helium Reserve program so that it doesn’t shut its doors, while working to establish a more reliable domestic supply. Helium would be sold off more carefully, and at market rates, to encourage private producers to extract more helium, or recycle helium they already have. This impending crisis would have far-reaching effects on the US economy. According to the Semiconductor Industry Association (SIA), a stable and reliable supply of helium is "critical to the manufacturing process and continued health of the U.S. semiconductor manufacturing industry." Though perhaps most famous for being the crucial ingredient in party balloons, helium gas is also a necessity in a range of technologies including medical scanners, LCD screens, welding tools, and high-tech computer chips. The bill would ensure a secure, reliable, and continuous supply of helium for end users through a market based approach that would also reduce the deficit by $51 million over the next decade.