As Vice President Joe Biden announced at a press conference that the White House gun-violence task force will release its recommendations on Tuesday, news broke of a school shooting in California.

One student is reported to be among two people wounded after a gunman opened fire at Taft Union High School in Kern County, California.  The gunman is reportedly a student at the rural high school which serves a small community of approximately 7,000 residents. 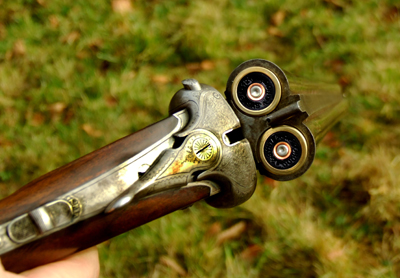 Details of the incident remain closed, but so far it has been reported by various outlets that two people were injured, including one student.  One of the victims were airlifted to a nearby hospital in Bakersfield, according a Kern County sheriff's dispatcher.  The other victim refused treatment.
According to Kern County Sheriff's Department spokesperson, Ray Pruitt, who spoke to the Associated Press, the gunman used a shotgun in the attack, which occurred around 9 a.m..
An ABC News affiliate in California reported that deputies were securing the building by going room to room, but the shooter is being held in custody.  The condition of the victim has not been released, but it is known that the student sustained a gunshot wound to the chest and was critically wounded.
After the shooter was taken into custody, the student body was evacuated to the football field, where parents were directed to pick up their children.
The Kern County Sheriff's Department announced that a press conference will be held later today.
The news broke as Vice President Joe Biden addressed the press corps in Washington, announcing that the White House gun violence task force would be releasing it’s recommendations on Tuesday.
Later on Thursday, Biden will be meeting with gun owner groups, including the NRA, representatives of the entertainment industry, as well as sportsmen and wildlife interest groups.  On Wednesday, Biden met with victims groups and gun-safety organizations, and also held an unscheduled meeting with 12 religious leaders.
Share your thoughts on this article by posting a comment below or by visiting our Long Island Living discussion forum.